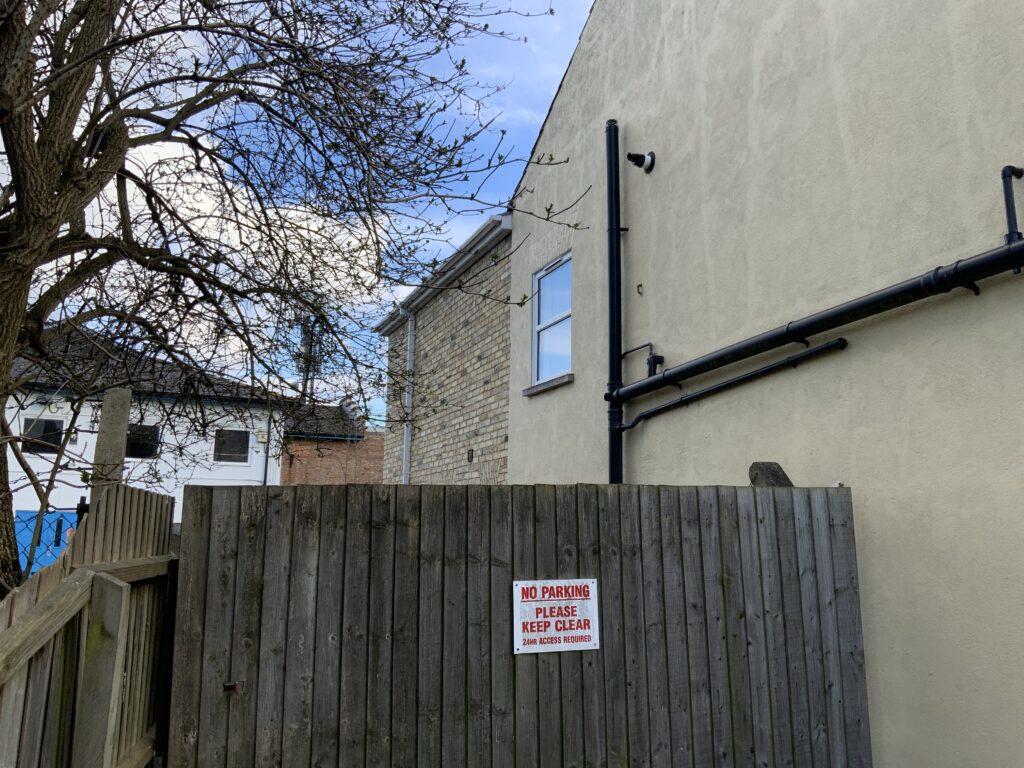 This is one of the three properties in front of the Virgin Media building that are now demolished, along with The Claremont Arms and Number 76.

In the 1891 census, this house is occupied by Hannah Black, 44, and her 49 year old husband John Black, whose profession is listed as “Manager of Coal Yard.” This yard could have been one of the many dotted around the station area, including the nearby Coote and Warren Coal Wharf, at the end of Hooper Street.

Hannah and John Black had four sons and one daughter living with them. The eldest was George, aged 21, described as a Grocer’s assistant. 16 year old James Black’s occupation is listed as “Midland Railway Trolly Boy” and there is a note saying “R Port” suggesting James worked as a porter for the Midland Railway, carrying passengers luggage on and off trains. The Midland ran services from Cambridge to Bedford and Oxford along the now closed Varsity Line.

The youngest three children are all listed as “scholars,” meaning they were all attending a school. This was 12 year old Thomas, 8 year old Edward, and 5 year old Hannah.

There was also a boarder living at their house, an elderly man called George Toloon, aged 69, described as a retired brickmaker. His payments for lodgings would have helped the family cover their food and rent bills, but it did mean the small terraced house was home to 8 people.

George marries Matilda Cornwell in 1904.  She’s a 48-year-old widow with seven children who was previously living at 108 Gwydir Street.  Matilda (nee Pluck) was originally from Bottisham.  Her husband Henry died in 1903.

In 1911 Matilda is head of household, having been widowed again, and living with two of her children.  Percy Cornwell, 19 and a builder’s carpenter and Lilian Cornwell, 21, a domestic servant.