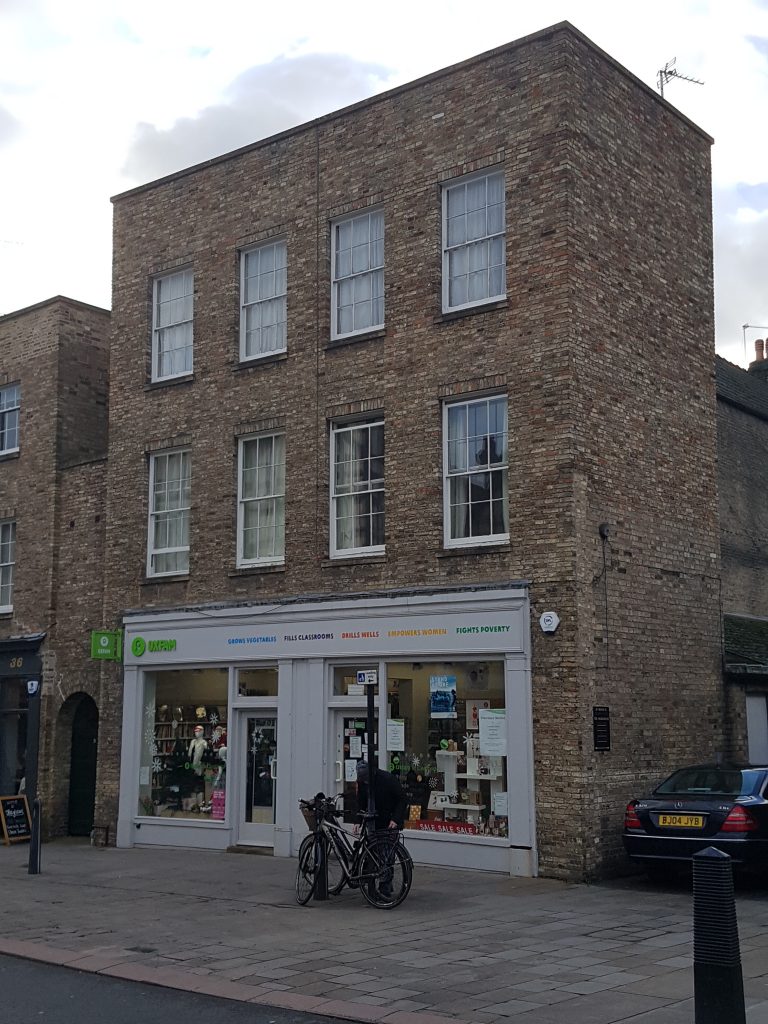 1701: in will of Thomas Allen to be left to his younger brother William

1711: William went bankrupt so property sold to King’s College Cook, Thomas Brand. A few months later Brand sold it to Thomas Nutting. described as a ‘messuage or tenement now or late of Richard York‘ with ‘ warehouse and chambers over, sometimes in the occupation of Grace Allen, and now or since of John Day.’

1774: William left property to son John and from John it descended to his children William and Mary.

1814: Younger William sold it to William Eaden, probably the draper.

1940: part of the frontage compulsorily purchased when Bridge Street widened.