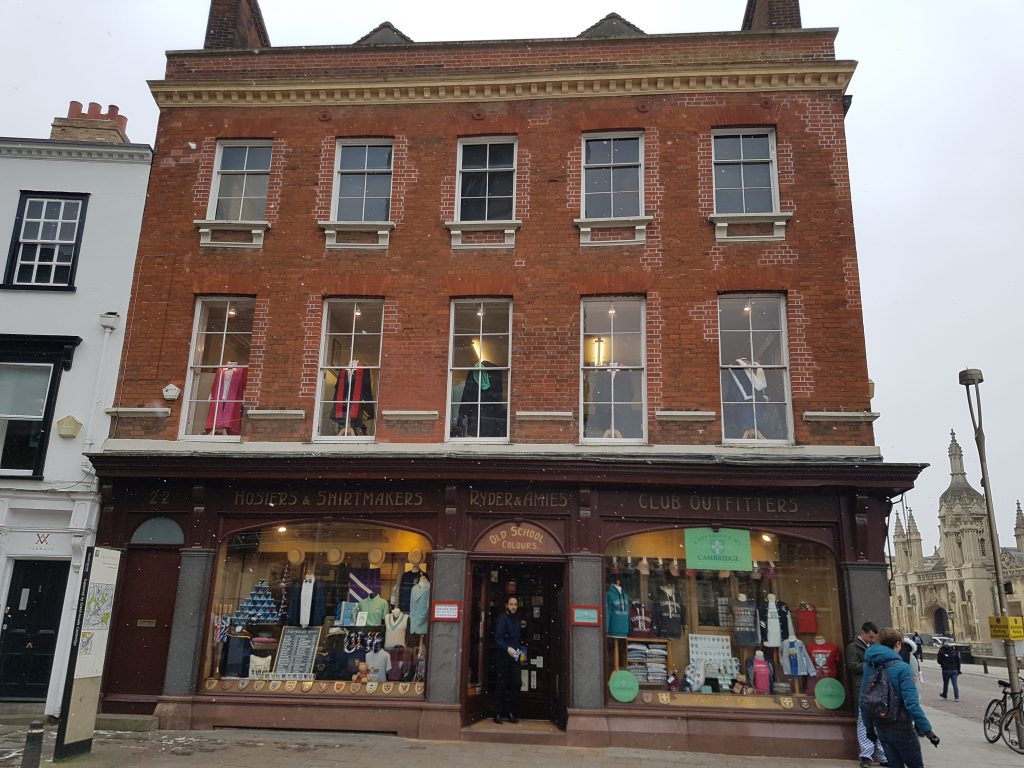 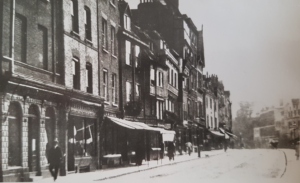 King’s Parade including no.20 A W Smith

Building dates  to the 17th cent. The staircase bay was probably added and the south wall faced in brick c. 1730. The shop fronts to the N and W are 19th cent. The 18th cent. rainwater downpipes has a moulded head. There is an 18th cent oak staircase and a panelled stone fireplace of c. 1700.

Thomas P Jacomb, 21, BA and LLB of Cambridge, b Kent

Ryder and Amies used to occupy 21 King’s Parade as well. The business was started in 1904. They used to have a workroom on Peas Hill for their tailoring. There used to be a Conservative Club on the first floor.

Ryder and Amies took over tradition of sporting notices from Masters next door when they moved. 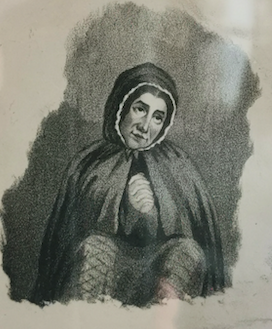