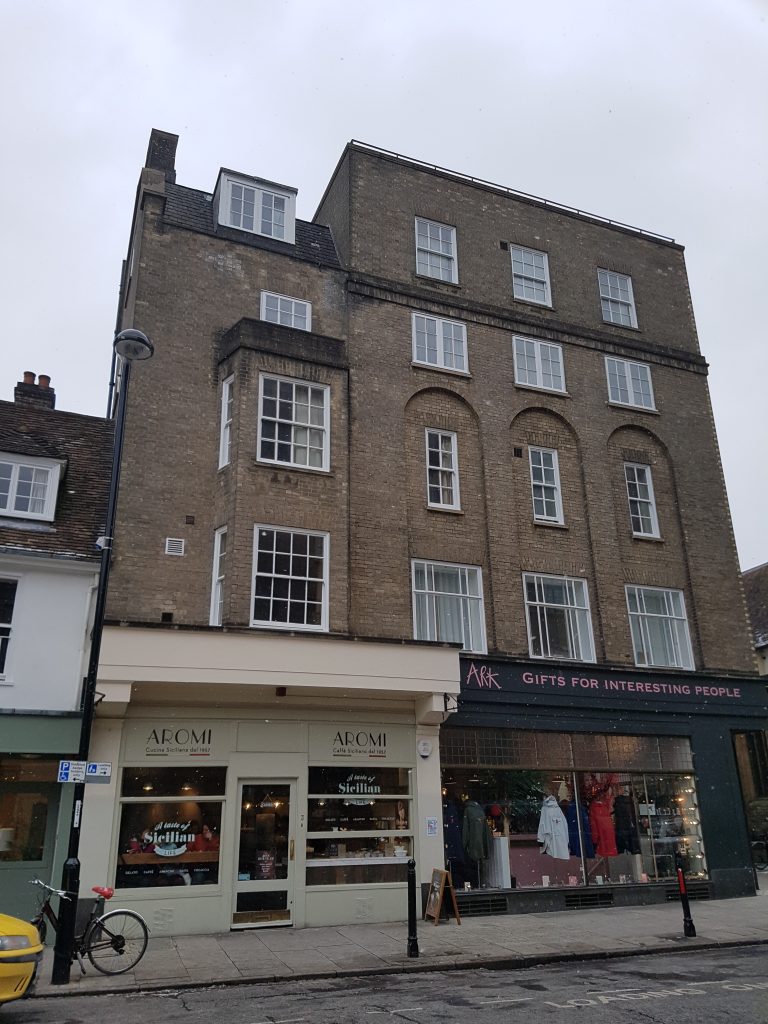 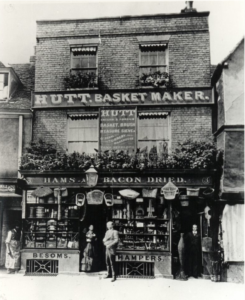 Mary née Denson was the daughter of John Russell Denson and Sarah née Russell of Waterbeach.

In 1881 the Shrive family were at 4 Sidney Street. 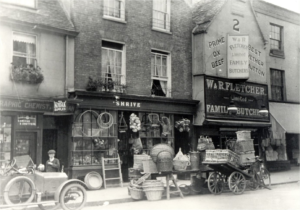 PW sent an email in 2022 which included the following note:

Mary married John Shrive, and he died in 1909. They had the basket shop at 3 Peas Hill from 1891. Before that, the basket shop was at 4 Sussex Street from 1875. The business may have started at 4 Sidney Street in 1873, when John took over the stationers shop there.

They had a heap of kids too:
Rosetta 1873-1965 lived at The Home Farm, Stretham (which had been in the Strive family for a while. She stayed there until she died in 1965. I think she was a school teacher at Stretham.
Violet 1876-1954 worked in the shop at 3 Peas Hill.
Ernest 1878-1917 lived in Baker Street for a while, and had a shop or worked in one at England’s Lane. He died at Flanders Fields on 26 September 1917.
Ethel
Mildred
Florence
John
Arthur – died at Ypres 26th Sept 1917. [Private in 1/4th Bn Suffolk Regiment. He left a widow, Cassie Constance H Shrive.]
Hilda
Grace 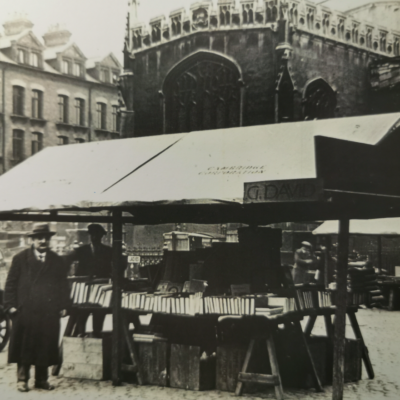