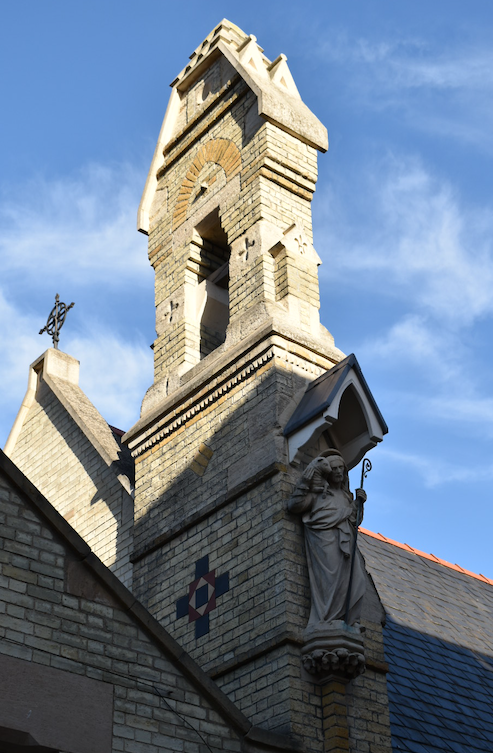 ‘Catholics in Cambridge’ ed. Nicholas Rogers, describes the history of the building of the Catholic Chapel and its early clergy who were based at 16 Union Road. On the night of the 5th November 1841 there was a confrontation between a body of University undergraduates, representing the Church of England, Fr Shanley and a group of ‘valiant sons of Erin’, representing the Catholic congregation, and the forces of law and order in the Borough. The undergraduates had intended to tear down the building enclosure of the chapel, but they were prevented by the others present as well as the 10pm curfew for undergraduates.

Chapter 25 of ‘Catholics in Cambridge’ discusses the work of architect A W N Pugin (1812-52), himself a Catholic convert from 1835, leader of the Gothic Revival and architect, not only of the Cambridge church, but of over 30 others including the Catholic cathedrals at Birmingham and Southwark. He sometimes used a specific model for his design, in this case the 13th cent. church of St Michael’s, Longstanton. The design was published in March 1842. A leaflet advertising a meeting to raise subscriptions for the new church was published in April 1842.

The chapel was opened 4th December 1842 and consecrated 27th April 1843. The first mass though had been held in the cottage of Esther Price on Newmarket Road in 1841.

The property to the west of the chapel was bought by Mrs Elizabeth Dias Santos circa 1860 with the intention of donating it to the Catholic mission. A well known member of the early congregation was the carpenter, Edward Green.

1841: (18) [the location of this property in relation to the Catholic Chapel is unclear]

(Catholics in Cambridge p287) By December 1843 he [Canon Quinlivan] had opened a school in a pair of semi-detached cottages which served as the mission house and which stood on church property in Union Road.

1851: [it is not clear how this location relates to the Catholic Chapel]

Romilly the diarist records 23.3.1863: a youngster named Bateman (a very goodlooking gentlemanlike young man) was had up for having disturbed the Congregation at the R C Chapel: a letter of the Priest Mr Quinlivan was read: on Sunday Ev. the 8th of March some ill conducted University youth came into the Chapel smoking and talking: the Evidence against Bateman rather broke down; he confessed to having gone out and come back: he said that he disliked something in the priest’s sermon and said to another young man ‘let us go out and come back for the incense”. it is notorious that many unfortunate women hover about the place: the doorkeeper said that on a former occasion (a year and half ago) Bateman had threatened to punch his head: Bateman denied having been one of the smokers: he was admonished 1st time previous to expulsion…

Romilly’s editor notes: on 3rd May a more serious disturbance took place … the Time of 7 May reported that despite Mr Quilivan’s remonstrations undergraduates had behaved so outrageously on the previous Sunday that their ringleaders were taken into custody by the police and two Pembroke undergraduates were sentenced to prison for seven days without hard labour.

1867: the cottages used for 25 years as the Catholic school were declared ‘unfit’ by the Council of Education. So in 1865 Canon Quinlivan purchased Wanstead House in Hills Road.

One remarkable figure in the school’s history was Eveline [Evelyn] Webster.  She had entered as a pupil in 1878 aged 11 and subsequently became a monitoress and then a teacher without special training, though as such she was forced to retire from teaching in 1933. She was allowed to continue giving religious instruction and did so until 1940 when she collapsed on school premises. She died 4 years later at the age of 77. She left a substantial sum of money in her will for use by the school and she is commemorated by a plaque in the school hall.

There is much information about life at the school in Edward Conybeare‘s diaries. He became a school manager in 1913 as well as occasional teacher. He opened the grounds of his house for school sports and pastimes; during bad weather children who were unable to go home for lunch could use the summer house as ‘Stokeslea’ to eat their sandwich lunches. He often had up to 25 children to breakfast after early morning Holy Communion.

26/12/1913: There were people who did not like the Catholic school on Union Road and wanted to turn the Catholics out so they could bring people in to teach anything but the Faith for which it had been built. If parents rallied the school could be retained. But every child taken away was a power and interest lost future. How could anyone say the school was not efficient: they had never had a set of boys so nicely behaved and intelligent? Every parent ought to be proud to say their children went there, Monsignor Scott said at prize giving. (CIP)

‘Catholics in Cambridge’ p. 298 records reminiscences of WWI by Hubert Charles Wilkins: “To us youngsters the dull, dark days of war seemed an eternity but Miss Webster helped to relieve the gloom by recounting fairy stories often of a bloodthirsty nature .. we often seemed to be running to Parker’s Piece to see huge parades or reviews of troops by some brass hat or other. From there long columns of soldiers marches past the top of Union Road en route to the railway station and thence to the trenches in Flanders, etc., most of them, of courser, never to return….”

The raising of the school leaving age from 14 to 15 in the 1930s required the creation of a new school for 220 for all ages up to 15. So the old Houghton Hall was removed from the site and the two cottages on the Union Road frontage, survivors from the original Catholic Mission in the 1840s, were demolished.

2/8/1935: The foundation stone of the new Roman Catholic Schools in Union Road was laid by the Bishop of Northampton. Such schools were almost as important as churches. Catholics cannot be satisfied with a sort of elementary Christian faith: their children must be taught as soon as they are able to read and understand. Cambridge Catholics would have to make very considerable sacrifices: more than £8,000 would be required when the new schools were completed. (Cam News)

It was in 1936 that the school became officially ‘St Andrew’s’.

25/9/1936: The opening and blessing of the new Roman Catholic Schools and Hall at Union Road, Cambridge, presented a picturesque spectacle of stately ceremonial. In the morning Archbishop Goodier preached following a Pontifical High Mass in the Church of Our Lady when the glory of mauve and splendour of gold vestments stood out vividly among the black cassocks and white surplices. The new buildings were opened and blessed in the afternoon whilst the Roswitha Players from London gave the first stage show at the new Houghton Hall in the evening. (Cam. News) 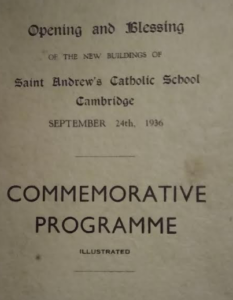 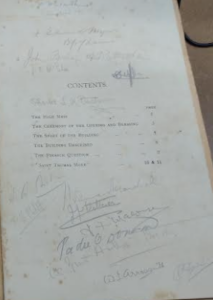 This copy of the programme was donated to Cambridge University Library by TK. It contains the signatures of Edward Myers, Bishop of Lamus, and John McNulty, Bishop of Nottingham.

Elizabeth A Burton, b 1876, school caretaker and cook

At the outbreak of war in September 1939 the start of the autumn school term was delayed while the school was used as a dispersal centre for 400 child evacuees from London. School reopened on 18th Sept. and the 200 children on the roll included 61 from St Martin-in-the-Fields parochial school. Half of these returned to London when there was little bombing initially but when the Blitz started a fresh intake of London children arrived.

One of the teachers the school lost to military service was Mr Froud. He was master of the senior boys and woodwork teacher.

In February 1941 the church was hit ‘and many windows along the north side of the school were shattered as well as doors smashed and cycle shed wrecked … Our school now called upon to become a Rest Centre for care of homeless people after Air Raids.‘ (School Log)

In May 1944 Canon Marshall reported that the overcrowded infants department had been divided into two classes and an additional teacher, Miss Joan Gill, appointed. However in was then reported in August:

Since Miss Gill arrived with us she married Flight Lieutenant Harrison. Unhappily, he has failed to return from a bombing operation and remains missing. We deeply sympathise with Miss Harrison and admire the magnificent pluck with which sh had carried on without any break at all in her cheery care of her class of babies. She knows how to say her prayers and leave things in Gods hands.

The school was officially renamed St Alban’s in 1962 to avoid confusion with St Andrew’s C of E School in Chesterton. 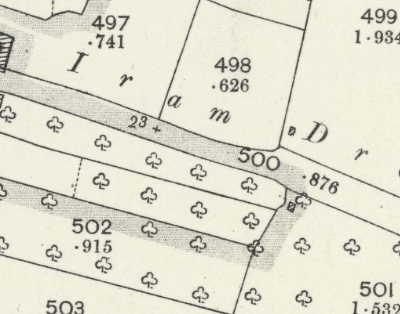