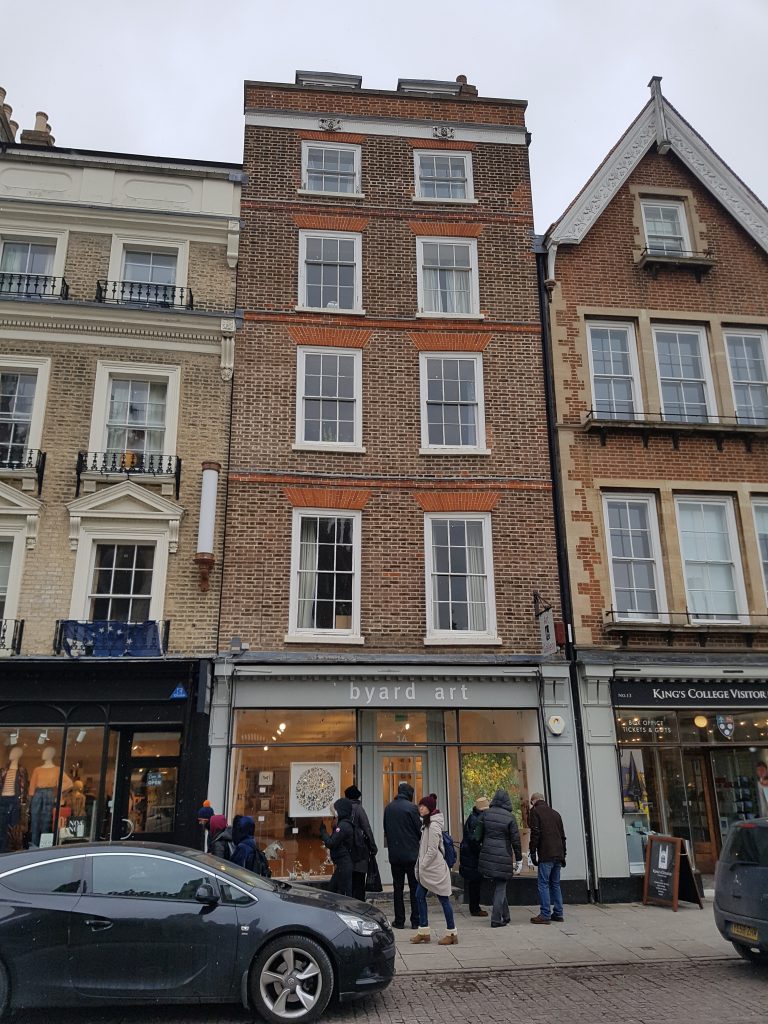 The chest is an early piece of Cambridge furniture. It is know to have been sold by William Roper, Cabinet Maker and Upholsterer, of Kings Parade whose label is pasted inside the lid. A further label suggests that the chest was once owned by William Custance a Cambridge builder, land agent, surveyor and mapmaker. 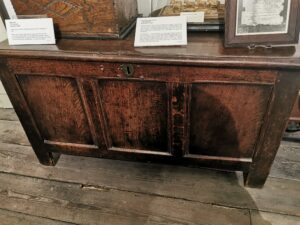 William Roper is recorded at Trumpington Street (now 14 Kings parade) in 1733 and continued there until his retirement in 1773. Roper’s label, c.1750-1760, was probably produced to differentiate his wares from thopse of his neighbour, cabinet maker, Edward Yorke, who opened a shop in Trumpington Street in 1753. As the chest predates 1750, the chest is likely to be one of Roper’s second hand items. (MoC exhibit note)

This house has 5 storeys with cellars and attics. It was built in 1787 by a Mr York, upholsterer, on the site of ‘God’s House’ or Driver’s House according to a document by John Bowtell in Downing College Library. The staircase was rebuilt early in the 19th century.

Though the site is so restricted, building to such a height is exceptional in Cambridge houses before 1800 and rare thereafter. (see 1959 Royal Commission on Historical Monuments Survey of Cambridge)

Robert Row moved to this address from 10 King’s Parade.