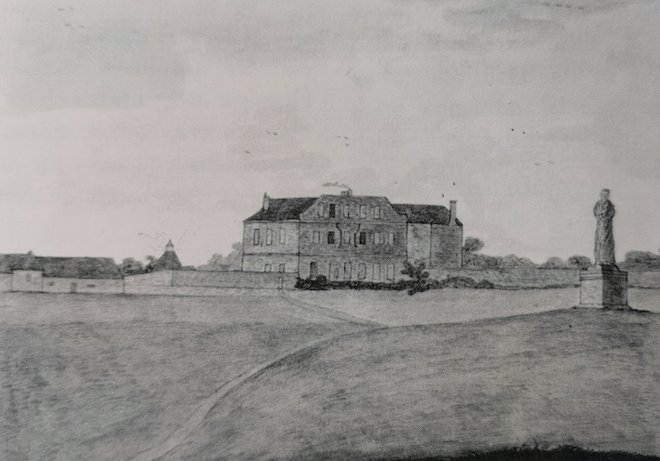 The site was excavated by archaeologists at the end of the 1970s. A report can be found in Proceedings of the Cambridge Antiquarian Society Vol LXX 1980. The following information is taken from that report by M F Sekulla.

Before the Dissolution the Park was part of the estates of Crowland Abbey. During the Baron’s War in 1266 an attempt was made to ravage Drayton and burn the Crowland manor. As a result there is evidence that a hall, mill and carthouse were rebuilt the following year. By the later 15th cent the main Crowland estate in Drayton was leased to the Hutton family. They bought it after the Dissolution for £546.

John Hutton on death passed estate to his wife Elizabeth

Heirs of Robert Lawrence had by this year sold to the Cutts family for £4,900. Leased to Humphrey Weld.

House is sublet to Joshua Sedgwick

Humphrey Weld inherits the property. House is rebuilt by 1678.

Dukes of Bedford own the estate. Account books for the estate and house survive for 1709-1734.

Estate let out to tenant farmers

House and surrounding buildings demolished and much of the stone and brick was used to build Scotland farm. Sketch from 1809 survives. It was described as a red brick Gothic building with very dark rooms, several parlours, large kitchen and six of seven bedrooms.

Two stone figures of a man and a woman in Drayton park, demolished, together with the house in 1817, proved a fertile source of terror to village children, who were told that they looked in at the church windows, and went to drink at the pump when they heard twelve o’clock strike. (History of Dry Drayton, Walker, 1876)

Only icehouse and stables survived. These had disappeared by the start of the 20th century.

This produced evidence of pottery from 12th to 14th century. There was then little occupation until the mid 16th century. Great activity on the site took place in the third quarter of the 17th cent. As the buildings were demolished all the spoil seems to have been reused in the construction of other buildings in the village. 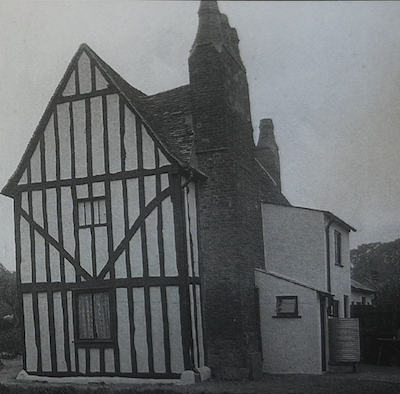