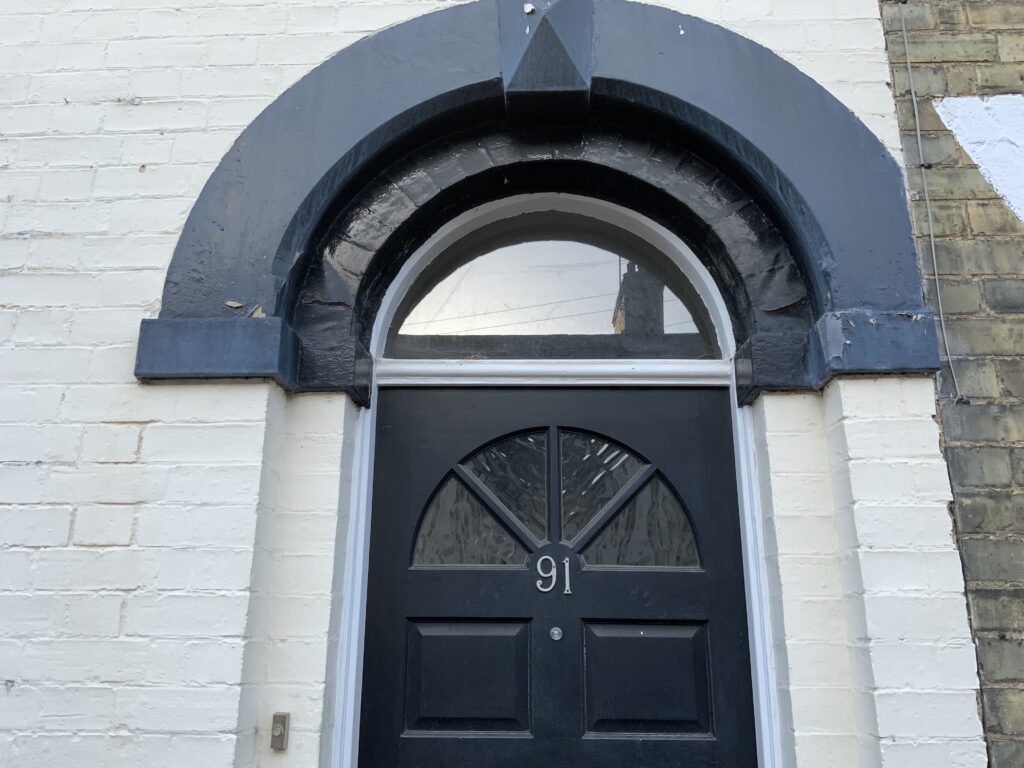 This is the story of an important business on Ainsworth Street, the Laundry, with a purpose-built extension

Number 91 is a mid terrace property on the west side of Ainsworth Street.

In 1881, number 91 is occupied by the 13-strong Brown family. Thomas Brown, aged 43, from Bury St. Edmunds in Suffolk, works as Coal Agent and Dealer. He would have worked for one of the many coal merchants in the area, possibly at the Coote and Warren coal wharf on Hooper Street. His job would have been to manage the transfer of coal between merchant and owner, so he would have either delivered or overseen delivery of coal to houses in the local neighbourhoods. Also in the house were his wife Sarah, aged 43; his eldest daughters Emily, aged 20, and Jesse, aged 17, who were both working as music teachers; Ada, aged 15, who was in school; Edward, aged 13, who is described as a ‘Factory Lad’ suggesting he helped at one of the many industries in the area; Henry, Frank, Eva and Flora, who were 11, 9, 7 and 5 respectively; Percy, aged 2, who was too young to be in school; a baby simply listed as ‘infant’ on the census; and finally Sarah Brooker, Sarah Brown’s mother, aged 70, living off her pension.

In 1891, the Brown family moved on and no. 91 is now occupied by the Osbournes. Interestingly, the Wife, Annie Osborne, aged 45, has a profession as Laundress, probably running the Laundry business where they had extended their house to fit in two coppers downstairs and a drying room upstairs. Head of the Household is Henry Osborne, aged 48, a Railway Ticket Collector who would have been reasonably high status and pay in a clerical job. However, there is also a note next to his name in another ink saying ‘Railway Port’ so perhaps he also had a Railway Porter role which was less well paid. Also, living in the house at number 45 were 4 of their children and a lodger, probably also working in the laundry. These were Maud Osborne, aged 23 a Dressmaker and Milliner, meaning that she made hats and possibly sold clothes at a shop too. Next in age was Robert Osborne, aged 19, an Engineer’s Labourer. Then there are two younger children listed, Florence aged 8 a scholar, attending school, and then Ralph aged 3, not in school. This family also have a domestic servant, called Jane Turner, aged 21, likely helping work in the laundry and doing domestic work in the house as Annie Osborne would have been running the laundry.

In 1901, the Osbourne family are still living at number 91. Henry Osbourne is still working as a Railway Ticket Inspector, and his wife is still working as a laundress, under her ‘own account’. Their daughter Elizabeth Osbourne has returned home, and is listed as ‘lady’s maid.’ Maud has married and had a daughter, but is still living with her parents, without her husband, but with her daughter Elsie Jacobs. Florence has now left school and is working as a nurse, but it is unclear whether this would be a private, domestic nurse, a nurse in a hospital, or a nurse in an institution such as the Workhouse or a school. Ralph, the Osbourne’s youngest child, is 13, and does not have a job listed. They have two boarders staying at their house: William Harper, a 17 year old errand boy and Eliza Butler, a 15 year old domestic servant, though she is not working at the house, but rather elsewhere.

By 1911, Henry Osbourne has died, but 65 year old widow Annie Osbourne is still working as a laundress out of the family home. Maud, now 44, is still resident, alongside her husband Edward Albert Jacob, who is 40 and works as a hairdresser, and her daughter Elsie, now 12 and in school. Also resident is Elizabeth Osbourne, without any listed occupation, though it is likely she helps in the laundry business, and also a domestic servant, George Minns, a 27 year old from Chesterton. 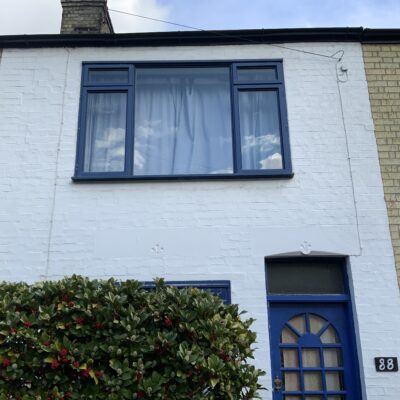