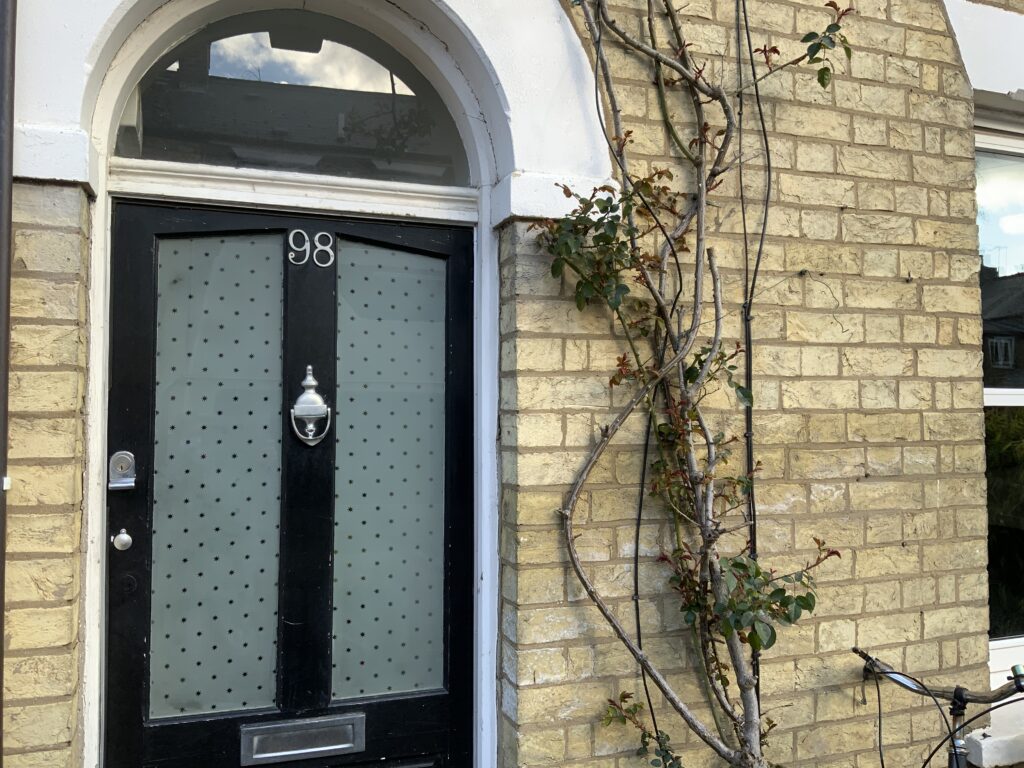 Number 98 is one of four mid terraced houses on the east side of Ainsworth Street.

The Bull family living at this address.  Mary Ann Bull, described as Wife, aged 44, married to Robert Bull, Head of the Household, aged 46, is described as a Gardener.

They had 3 children, Anne, aged 23, whose occupation is described as Dressmaker; and two sons, listed as scholars, meaning they were enrolled in school. They were Arthur Bull, aged 9, and Frank Bull aged 5. Probab

This family has moved here from 106 Gwydir Street.

Manasseh and Elizabeth are 21 years married.  They have had three children, one of whom has died.

When Elizabeth’s father, William Banyard, dies in 1922, they move into number 92 Ainsworth Street until at least 1938.