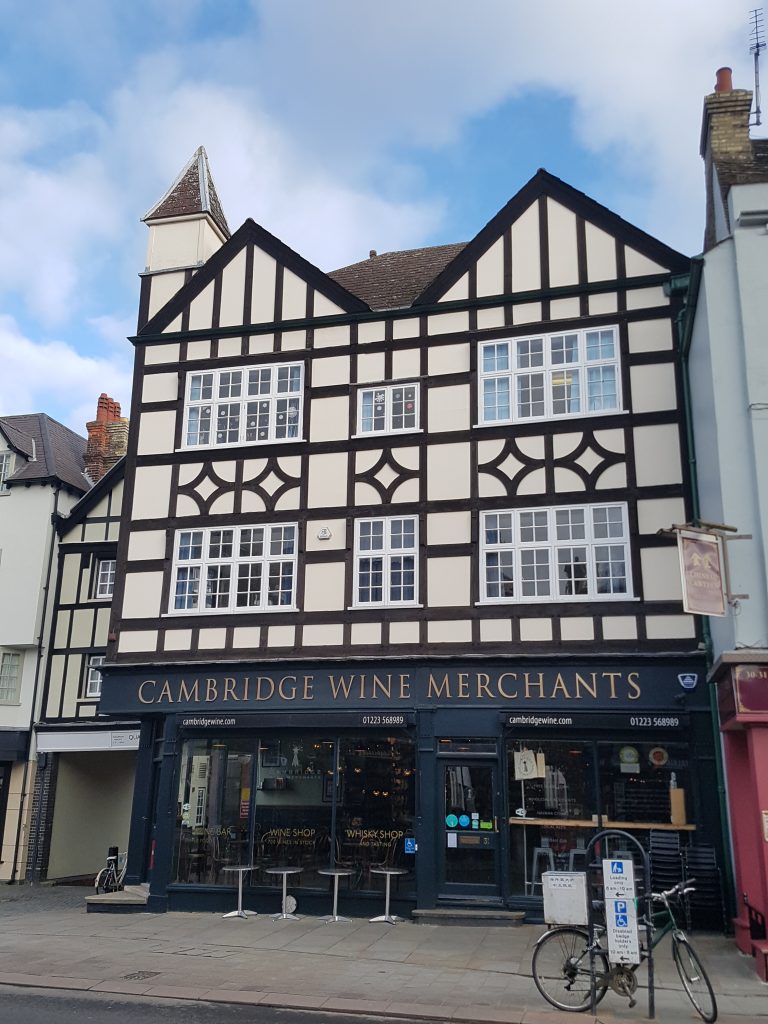 For detailed information on this site see T E Faber, An Intimate History of the St Clement’s Parish, 2006.

It seems that after the Black Death the location became derelict. The following transaction evidence the new development in the area.

William and Elizabeth Lolleworth held no. 31 in the second half of the 15th cent.

1499: from William Bele to John Heddynglay and his wife Joan

1501: from John and Joan Hedynglay to William Stevynson and his wife Isabell

1507: from Edmund Dumay to William Stevynson. This transaction brought the garden behind no.31 into common ownership with the house.

1577: house passed from Richardson’s widow to Miles Prance. Prance then used part of the garden to extend the Half Moon.

1580: death of Miles Prance. he was still paying 2d rent for a chimney associated with no. 32. Property already transferred to daughter Agnes as part of her marriage settlement. Agnes and her husband John Wilkinson had ppossibly been living in no. 32 since their marriage at St Clement’s in 1572. No. 31 was left to his unmarried daughter.

1585: John Prance bought back both houses and sold them as a pair.

1606/7: both houses bought by Thomas Cropley

1609: Thomas Cropley died. His cousin married his widow and leased the property until 1626.

1649: John Hills granted lease of no.30. It appears from his will that he used the property nos. 31-2 Bridge Street to develop as an inn, The Anchor. (This was prior to existence of another Anchor Inn at 2 Quayside, the same site as the Black Boy.) His will refers to an inn in St Clement’s called ‘ the Ancor … now in the occupancy of Mongey Woolfe’.

1666: Mongey Woolfe is in the 1666 Hearth Tax list with nine heaths against his name, evidently referring to the Anchor. The inn was left to his wife and then his grandson John Tabor.

By 1674 Mongey Woolfe had retired to the site of no. 8 Portugal Place and the Anchor was under the management of John Curtis.

1682: Nicholas Eagle, tenant of the Anchor about this time

1697: owned by Nicholas II, John Hill’s younger son. In that year he mortgaged the property and the other inn he owned, the Cock and Pie.   The Anchor is described as ‘theretofore in the tenure or occupation of Thomas Sowersby but then of Nicholas Eagle’.

Lucy A, b Cambridge

Property bought from John and Henry Eaden by Magdalene College