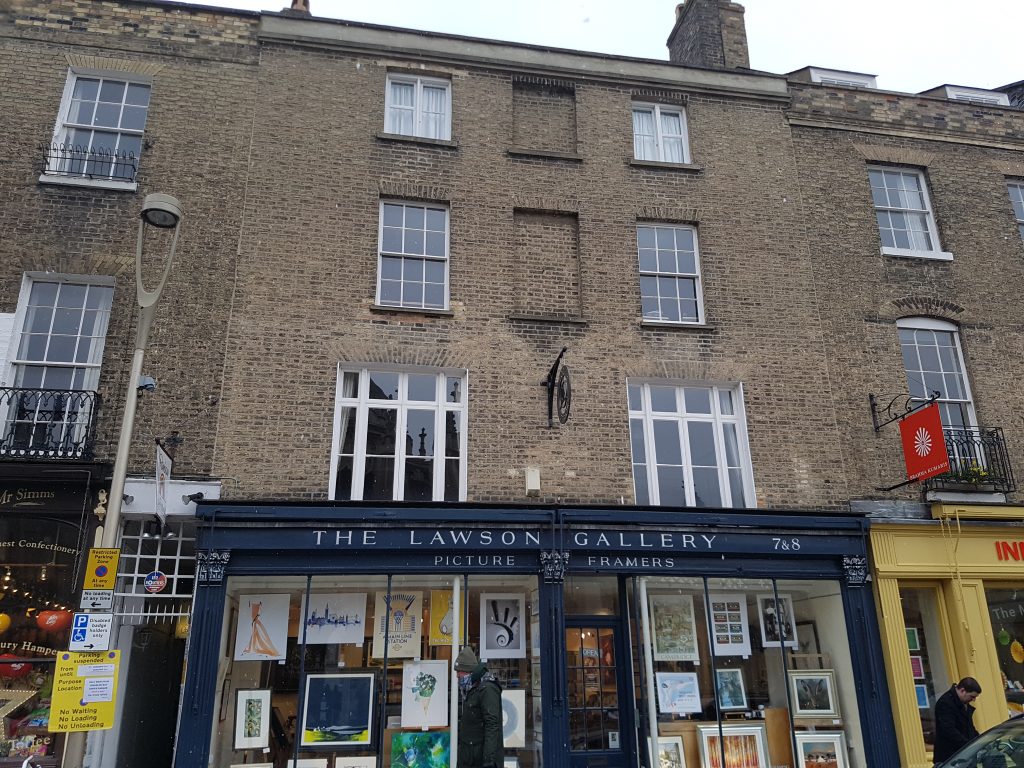 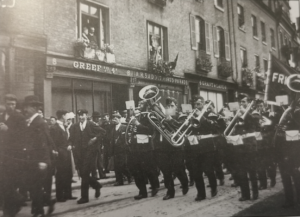 17/4/1914: The unhappy conjunction of the name Sadd and Greef on King’s Parade has been a well-worn joke. Now it is about to be broken. Mr Sadd is soon to move to premises in St Edward’s Passage while Mr Greef is moving further up the Parade. The Sadds began business last century as dealer in antiques and a hairdresser in one of a row of old-fashioned houses standing in front of King’s College. When the cottages were pulled down they moved opposite. His son made a sketch of the old houses (Cam.News)

In September 1914 Mr Sadd fell to his death from the rook of King’s College chapel. He left a note in verse which said:

Then trade was bad –

Not much to be had

And he getting old 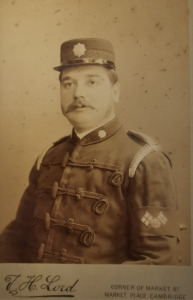 In 1913 H E Greef is described in Kelly’s as Captain of the Cambridge Volunteer Fire Brigade, of 3 St Andrew’s Terrace, Parker’s Piece and 8, King’s Parade.

In 1981 Sara Payne wrote in the CWN (2 April) about the Artificers Guild run by Miss Eley at 7 & 8 King’s Parade in 1914. It commissioned arts and crafts products for sale. 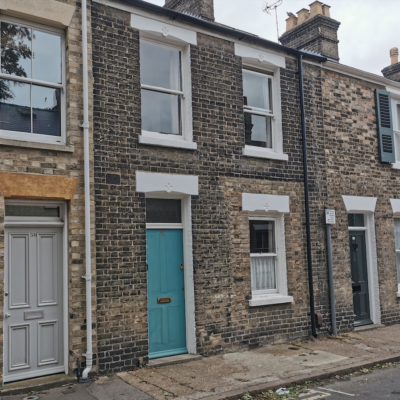