Mary Wright née Gardiner was interviewed in 2003. She was born in the Devonshire Nursing Home on the corner of Devonshire Road. She was retired at the time of the interview but had been a hairdresser for Asbury’s. Her father had worked at Jarrolds in Market Street, mending fountain pens. She went to school at St Barnabas, Romsey and then Coleridge.

They lived opposite the shunting yard which meant that their curtains always had black smudges and was noisy. In her youth Mary belonged to the Central School Youth Club, cycled to Hemingford Grey and went punting. She belonged to the Junos, then the Campaigners, the Red Cross, the Junior Red Cross, and used to go and make cups of tea for the the old, people in Chaucer Road. She also went to the pictures once a week.

She lived in Devonshire Road until she got married at 20. She lived first in Bentinck Street, then, when the house was compulsorily purchased to build flats, she moved to Brampton Road than back to different house in Devonshire Road.

She loved the shops in Mill Road. On the corner of Devonshire Road, just round the corner into Mill Road, there was a gentleman’s outfitter’s; there was a ladies shop right on the corner with posh gowns. The building which is now carpets was made into a ballroom, the Embassy Ballroom, where I met my husband. I used to spend a lot of time there, and we met there when he was on demob leave.

Because none of the houses bathrooms we used to go to the baths once a week. When my daughter was born, although we then had a bathroom, she used to like going there, because it was different. You went in the bath house and the ladies went to the right and the gentlemen went to the left; there was a sort of a waiting room and you used to go to a cubby-hole and buy a – I can’t remember how much it was, whether it was 6d or a shilling, cant remember. Anyway, you got a towel, which was a bit on the hard side, and a tiny bit of carbolicy soap, and then you went and sat in the waiting room until she called your name, or called out “there’s and empty one”, and then you used to go, and they put put the water in from outside with a handle, so you used to have to go inside and feel and when it was just the right temperature say ‘thank you very much.’ When you got in it, if it  cooled off or it got a bit cold, you used to have to say “can I have some more hot in number 13”, or whatever number it was, and sh’d say “move away from the tap” and put some more water in. No, it was good and there was a little wooden stool there, and a duckboard thing that you stood on when you got out, and if you overstayed your time she’s call out. We used [the bath house] for years and years, all the while I was young and even wen we moved back, my husband used to go and play football and he’d come home absolutely filthy and he’d go up there and use them, so that was into the fifties.

I always used to go to St Barnabas, always, I was christened there, all the children were, I was married there, we went there right until we moved out of the area. I also used to go to the Railway Mission at the top of Devonshire Road. They had a youth club, a meeting house, I used to go there on a Tuesday night. We went out to different places on these cycle rides, but it was rather religious really, wasn’t playtime as such if you know what I mean, no dancing like other youth clubs.

The only pub I used to used to use was when we went dancing, in the interval we would come out and use what we called the swimmer. The White Swan it is actually, at the top of Kingston Street, but it was called the Swimmer, we’d go in there and have – I don’t know what I used to drink. Beer I think.

Oh yes, we knew everybody in the street. Everybody knew everybody. No doors locked, you know, pen the door and say “cooee” and go in. It was alway, they say you look back, but it was, everyone was friendly, even during the war, never had any trouble during the war. It was pitch black, you’d go to the Regal cinema, walk back across Parker’s Piece, couldn’t see a hand in front of your face, but you were never frightened, never thought anything would happen to you, and nothing ever did.

Air Raid Shelters: Used to sit under the stair sometimes, in the cupboard under the stairs, of course I was at school at the Romsey then, when the bomb was dropped on Mill Road, and the policeman wouldn’t let you over the bridge. One of the policemen was a friend of ours so he walked me over the bridge, and we’d got not window left in any of the houses, but that was even worse than when it was dropped on Vicarage Terrace, and on Hills Road, we didn’t really, that didn’t affect us so much as the one on Mill Road.

He [my husband] played [football] for the Wanders, the Cambs Wanderers as they were called. They played against the police and that sort of thing on Parker’s Piece. He was really into that, and of course he played golf, he was interested in boxing, and then when they had boxing at the Howard Mallett. Not to box, he didn’t box then, but they had a committee and they used to have dinners. Then I used to go, when they had a boxing match with a dinner. I was really at home most of the time with the children.

I used to go to the bowling alley, but the Embassy Ballroom was my thing. When we first got married we were members of the Salisbury Club. My husband went there all the time and they had dances and things occasionally, which I used to go to.

We always had people come to us for Christmas. There were several elderly people down the road who always used to come to us for Christmas Day and Boxing Day, and of course there was my Grandfather. My Grandmother died when I was five so he used to come round every day to have his meals, used to come round on Christmas Day. He lived in Bentinck Street actually. We didn’t go out much, it was more home entertainment then. We always had a house full of people, because during the War we had a soldier billeted on us and my mother used to take in people from the post office, we’ve had people from the banks, Barclay’s Ban, and when came into the area they’s stay with us. We always had four or five people in the house. It was great, because they were all young and of course I was young.  We used to go on the river a lot, we’d have a couple of punts and my mother would pack up a picnic and we’d go on the river for the day, Grantchester Meadows, it was great.

My friend’s father worked on the railway so they had passes to go out to different places and they used to smuggle me on. Yes we used to go to Hunstanton, because of course the train used to go right onto the beach then, and she also had grandparents who lived in Somersham and we’d get on the train and go to Somersham for the day, so I used to get taken out by them, yes.

(from an interview by Sarah Kerrison Sep. 2003) 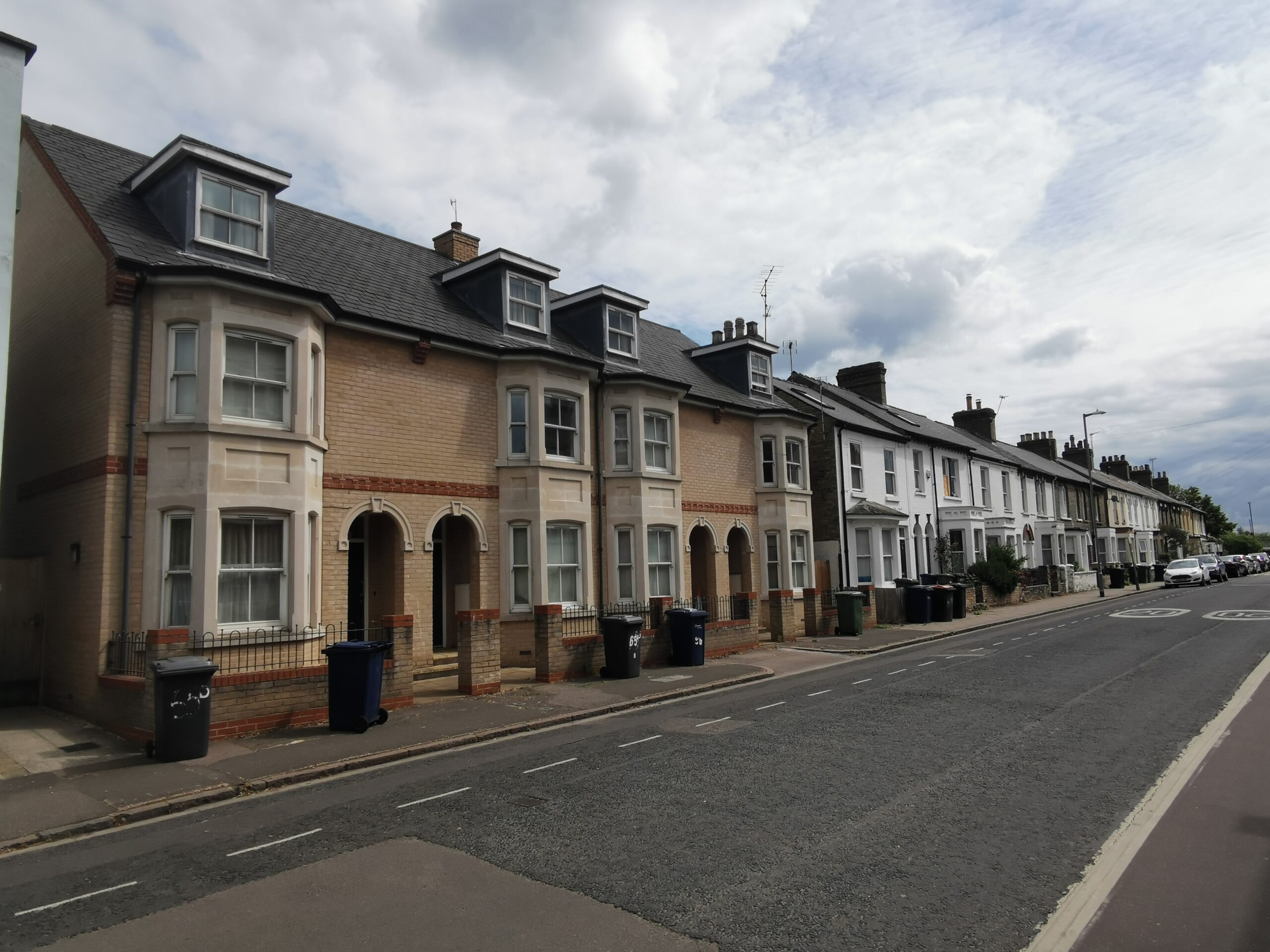 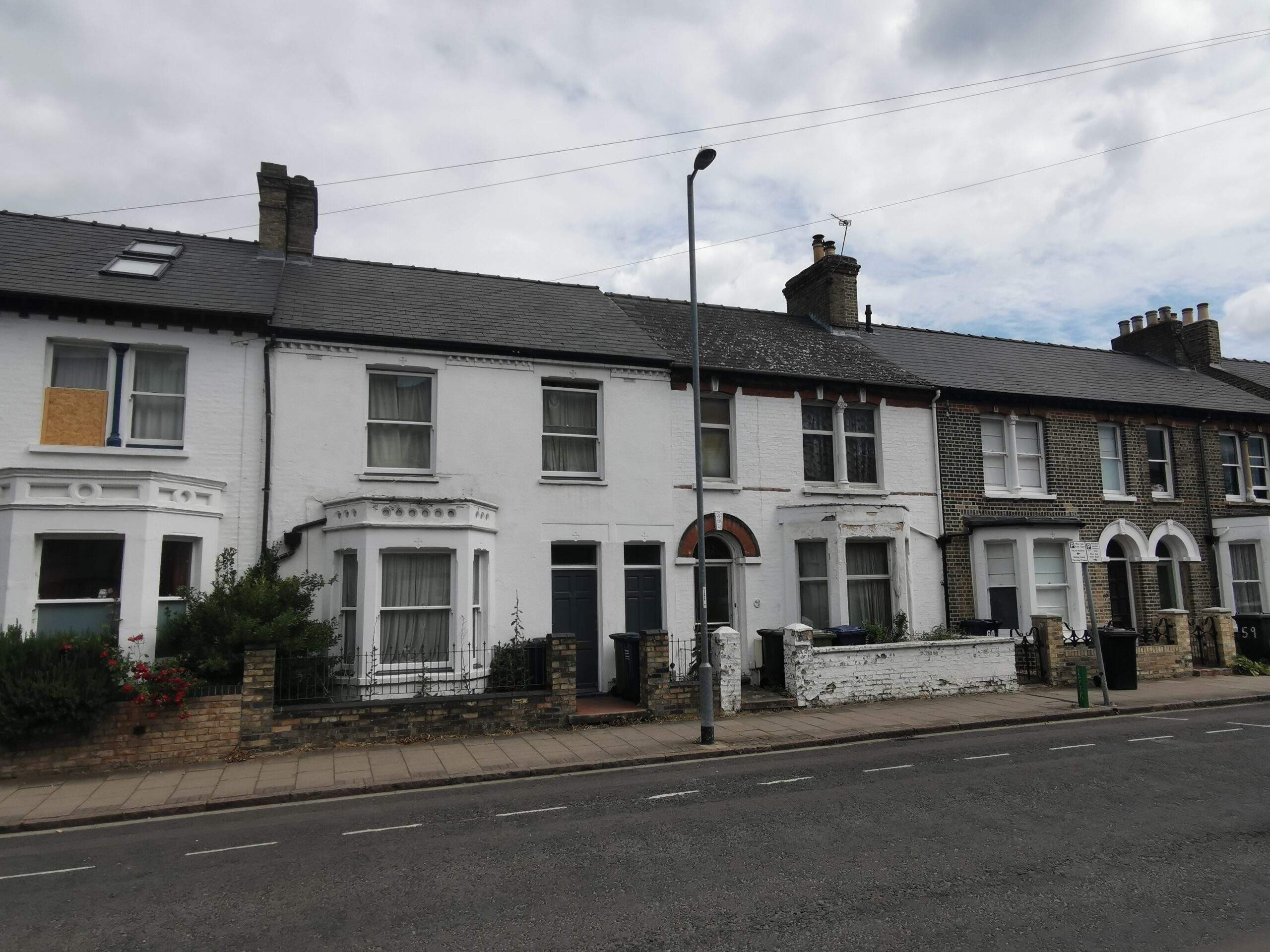