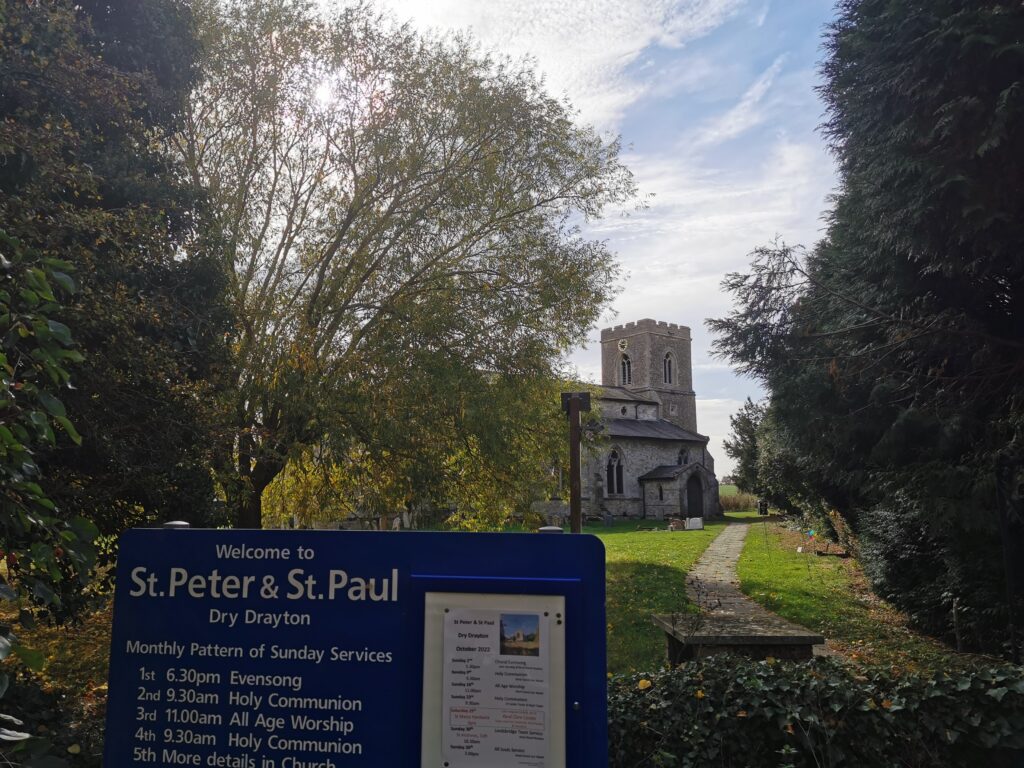 Parish Church. Late C13 West tower, late C13 and C14 nave arcades, substantial C19 restorations including the rebuilding of the chancel in 1851 and the west tower restoration of 1874. 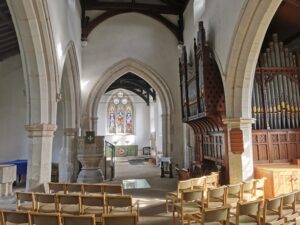 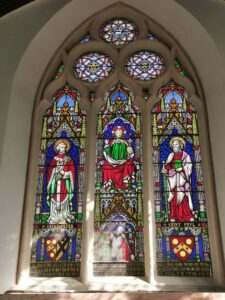 circa 1200: small stone building on site

Thomas de Novo Mercato M A (?-1376). He was a recognized mathematician and astronomer with a number of manuscripts attributed to him.

Thomas Hutton (?-1494). He was a very busy man who held a number of benefices and several roles in public life.

William Fayreleigh (1567-1570) In 1568 he charged with adultery with Agnes laker. He admitted guilt but would not perform penance so was excommunicated. He changed his mind though, gave £6 to support two poor scholars at Jesus College, his penance was commuted and he married – a Margareta Gyfford in 1569.

Post Reformation: Hutton family took over chantry chapel of St Mary and the Hutton brass was placed here. The brass is assumed to represent Thomas Hutton.

Richard Greenham (1570-1591) became minister for about 20 years. He was a distinguished Puritan scholar from Pembroke College.

The surviving institution of the ‘Granary Fund’ originates from Greenham’s initiative one years after a bad harvest to persuade yeoman farmers to sell their grain to the common granary in the village at the lowest price so that the poor could afford to buy it. In modern times, the Granary Fund is the collection taken at Christmas to fund Third World projects. The silver Communion cup and paten dated 1588 with the initials RG are on permanent loan to the Fitzwilliam Museum.

1662: Visitation at which the two churchwardens William Rose and Henry Molley worked hard to show that the Dry Drayton was a model village. The minister was Edward Au(n)gier.

William Hetherington MA (1728-1753). He inherited his brother’s estate and his sister, Elizabeth, left £140 in her will towards a school for poor children in Dry Drayton.

Samuel Smith faced a considerable amount of unrest i the village at this time. In 1816 his gamekeeper John Hazlewood was assaulted.

Francis Augustus Walker DD (1873-1880): he was a keen entomologist. He wrote ‘A history of the parish of Dry Drayton’ in 2 volumes. 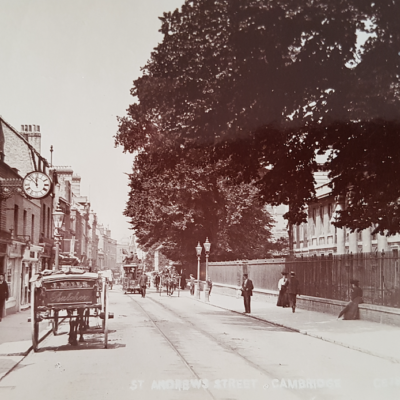 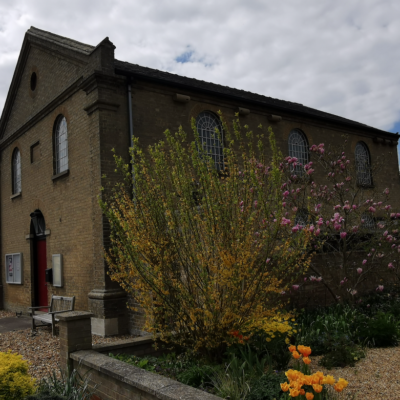