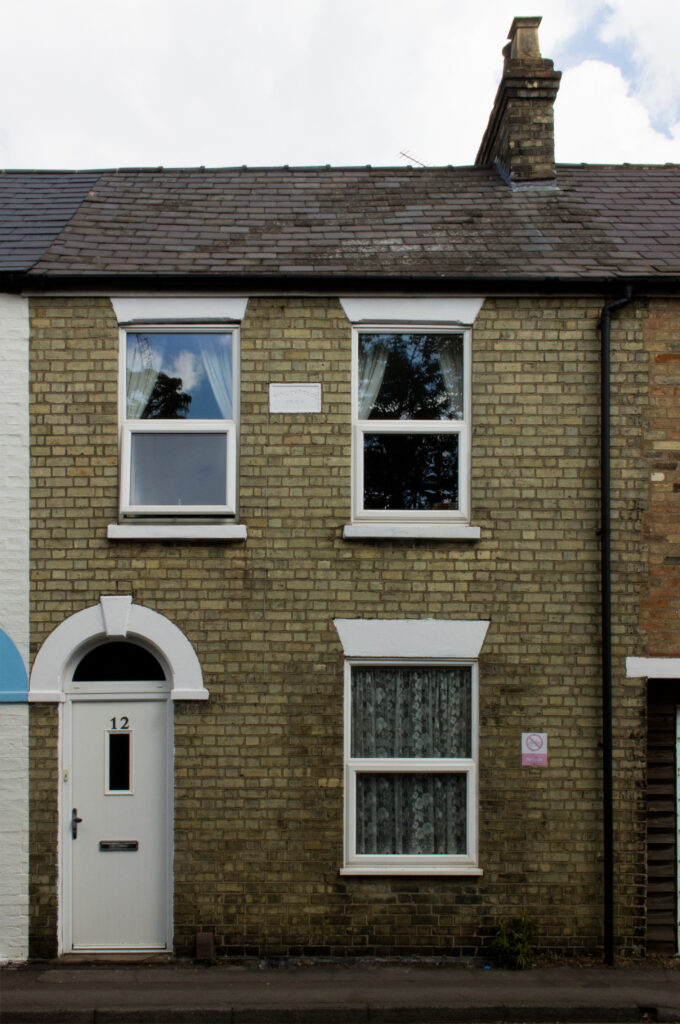 12 Hooper Street is attached to number 11 on one side and has a yard on the other side. In the 1911 census it is called ‘Wing Cottage’.

No entry for 12 Hooper Street was transcribed for 1891.

For three decades the residents were Hannah Diver and her siblings, who ran a laundry business. The yard may once have held workshops and it would have been valuable as drying space. They advertised for work in the local newspapers (Cambridge Chronicle, 30 October 1891):

Hannah was born in Cambridge in 1841, one of six children of grocer John Diver and his wife Ann. John had died by 1851, leaving Ann and the children dependent on parish poor relief. The youngest daughter Elizabeth moved out and worked in service for many years, but Hannah stayed home to support her mother and siblings.

Her younger brother Thomas is described in the 1871 census as ‘paralysed’, whereas in 1881 he is a ‘general labourer’, presumably working for Hannah; two possible interpretations are cerebral palsy or polio. He died in 1890, aged 39.

By 1901 Elizabeth had joined Hannah in Hooper Street, and they ran the laundry business together for many more years. Elizabeth died in 1918, aged 75, and Hannah the following year, aged 77.

In 1939 the residents of 12 Hooper Street were Leonard Harris, a dental mechanic, and his wife Evelyn.