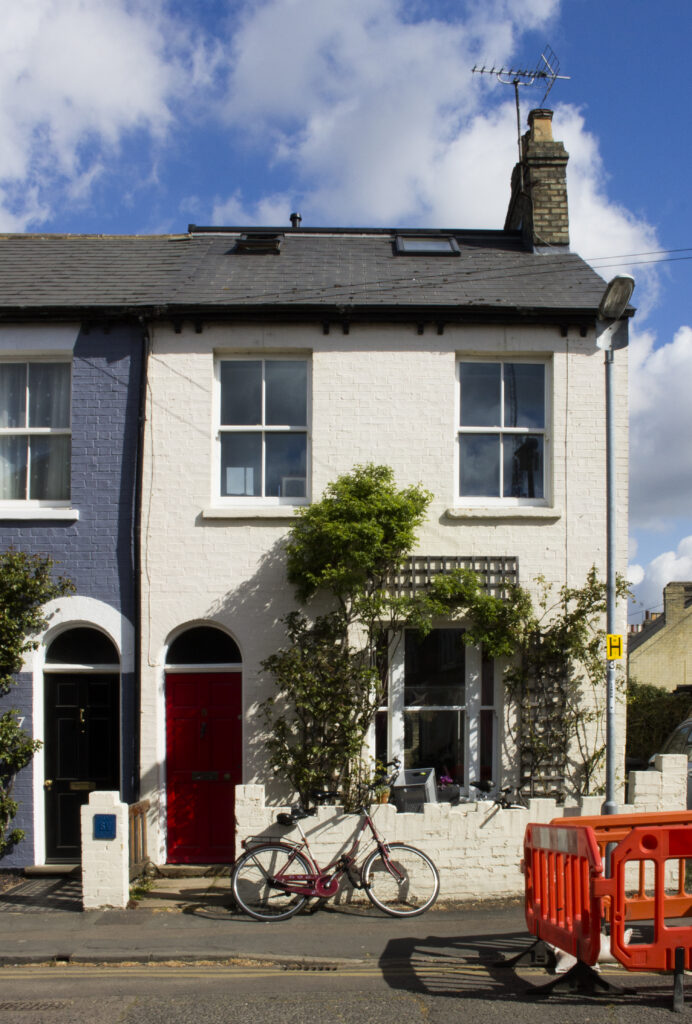 A dairyman, a dressmaker, a printer, and a tobacconist

The first inhabitants were the Dring family, who ran a dairy business. The only family member in residence on census night in 1881 was Mary Ann Dring. She had a friend visiting, Susannah Laughton (and her young son Arthur), and a tenant, widow Augusta Pearson.

Her husband Jonathan – absent that night – was born in 1820 in Warboys on the edge of the Fens. He and his brothers (John and Johnson, confusingly) were tenant farmers. In 1861 he had a farm in Over, and in 1871 he was in Parson Drove near Wisbech. He and Mary Ann had a daughter Celia, born 1867. In 1881 Celia was away boarding at a school at 12 The Crescent, Wisbech.

In the Kelly’s Directory of 1883, Jonathan Dring of 8 Hooper Street was listed under the heading ‘Dairymen and cowkeepers’, as was his neighbour Henry Hymus.

Celia Dring became a milliner and dressmaker, and by 1901 was running a dressmaking business in Kensington with three employees.

Samuel Bavey’s father Henry had worked for a printer’s warehouse and also as a bookbinder, and at least three of Samuel’s sons later worked in the printing industry. Jane Bavey was born in Bermondsey, London, but had moved to Cambridge as a child.

Harold Missen died in 1932, but Jessie is still listed in the electoral register for 8 Hooper Street until the early 1960s.