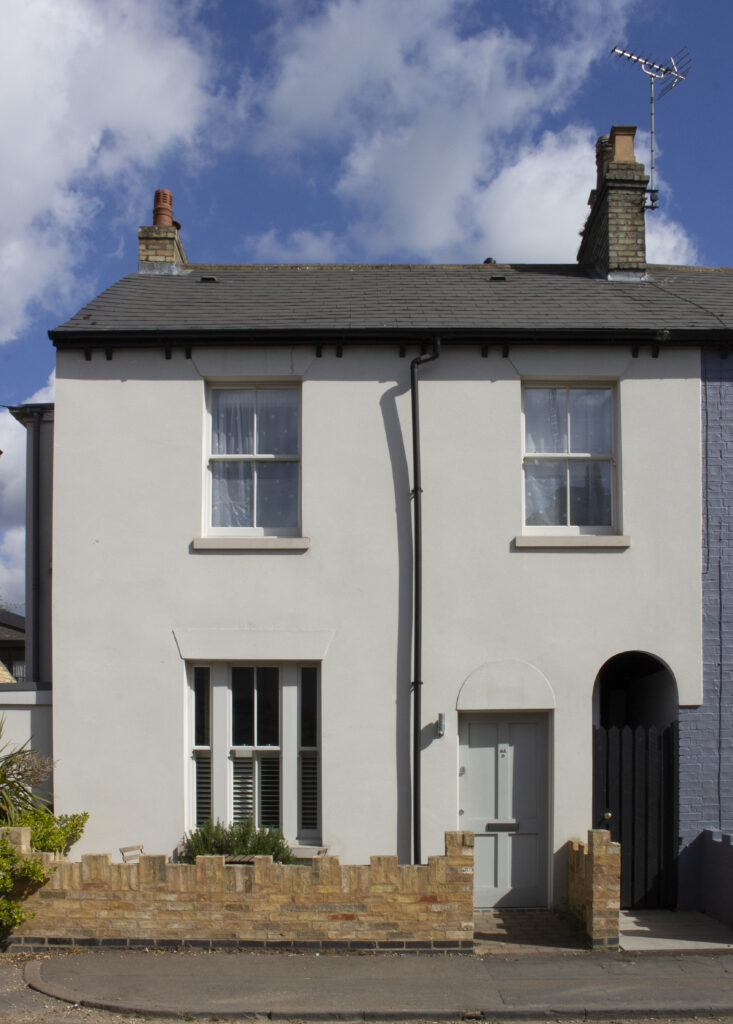 A house with a workshop used by a dairyman, blacksmiths and car mechanics

6 Hooper Street, also called 1 Belgrave Terrace, was built in the 1870s. Behind the house there was once a workshop and yard with a cart entrance, now  replaced by a modern house. Within recent decades it was used by a car mechanic for bodywork and welding.

Henry Hymus had previously been a miller at the Old Mill, Hitcham, Suffolk.

In the Kelly’s Directory of 1883, Henry Hymus was listed under the heading ‘Dairymen and cowkeepers’, as was his neighbour at no. 8, Jonathan Dring. Henry’s address in 1883 was given as 3 Hooper Street; this is presumably the house next door (now no. 5), which was under construction in 1881.

His daughters Rachel and Lucy were working as dressmakers. The following advert appeared in the Cambridge Chronicle of 14 October 1887:

Appropriately, Frederick Smith was a blacksmith, and he used the outbuildings and yard behind the house.

Jabez was a coal dealer’s agent for R. Coller and Sons (Cambridge Daily News advert, 15 August 1900). In 1891 the family had lived at 125 Hills Road, where Jabez worked at Beale’s coalyard.

David and Sidney Moden were farriers/blacksmiths running their own business in the back yard. David and Laura retired to Cherry Hinton and were still living there in 1939.

In 1939 the inhabitants were motor mechanic Herbert Charles Finbow and his wife Connie and their children. Herbert was born in 1906 and probably lived at 6 Hooper Street as early as 1920, when his parents William and Annie were listed there in the electoral register. In 1911 the family lived at 41 Kingston Street, and William was working as a cab driver. By 1922, at 6 Hooper Street, William was running a furniture removal business, Finbow & Sons, which continued into the late 1940s.

From 1964 the workshop behind the house was used by Mill Road Engineering Co, motor engineers.