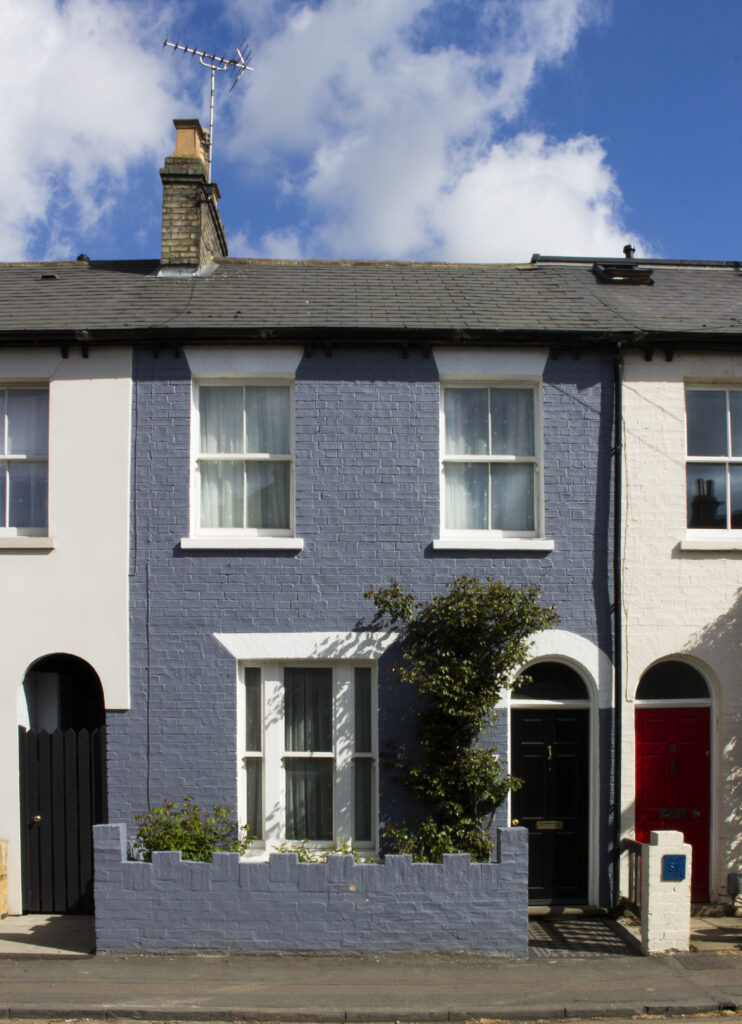 A printer's reader, a college porter and a bedder, a railway worker, and a cook

The house was vacant at the time of the 1881 census.

By 1897 the family had moved to Edinburgh, where another daughter – Rosa – was born, but by 1911 they had moved back to Cambridge.

Both sons, Arthur William Curzon and Frederick Barton Curzon, died in 1917 in the First World War. They and their parents share a gravestone in Mill Road Cemetery. More information about the family is available at the website of the Friends of Mill Road Cemetery (see below), including links to an obituary of Arthur William Curzon and a letter he wrote home from Belgium in 1915. He was scoutmaster (and founder) of 1st Cambridgeshire Sea Scouts.

Richard Harvey was from Fen Ditton, where his father Thomas was a bricklayer; his mother Ann became a market gardener after her husband’s death.

Tom and Emma Duce were both from the village of Ickleton, where Tom’s father Edward had been a railway labourer. Edward died in 1858 leaving a large family, and his widow Mary took on the job of level crossing gate keeper. The family lived at the railway crossing cottage in Ickleton, and it was natural that several of Mary’s sons would decide to spend their working lives on the railways.

Tom Duce became a platelayer, and he and Emma lived in Bishop’s Stortford for many years – where several of their 14 children were born – before moving to Cambridge. By 1891 Tom was a foreman and by 1911 he had the job of Permanent Way Sub-Inspector, responsible for maintenance and safety of the railway line. Tom died in 1923, and Emma was still living at 7 Hooper Street in 1930.

By 1939 the inhabitants were Philip and Ivy Backler. Philip was a vegetable cook, and during the war he also volunteered as an air raid warden. Philip and Ivy were still living at #7 in 1966. Philip died in 1992, having moved to sheltered housing at Ditchburn Place on Mill Road.

For information on the Curzon family gravestone in Mill Road Cemetery: