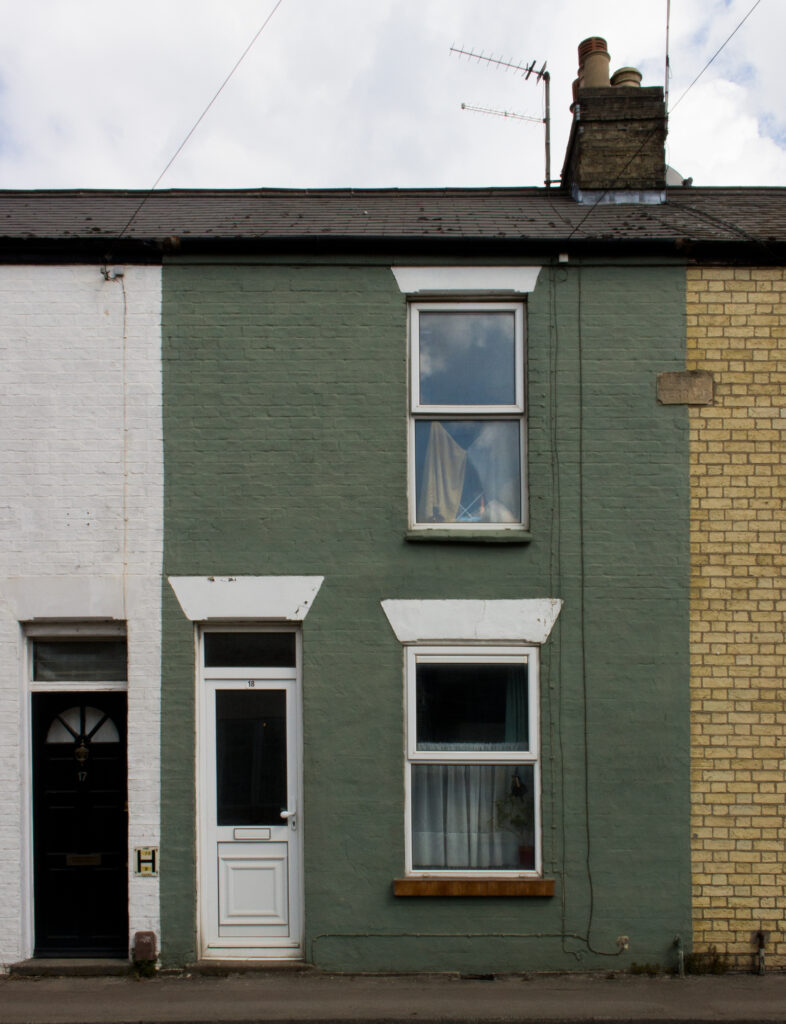 Railway workers, a boiler maker, a groom and a gardener

18 Hooper Street is in Leeds Terrace, which was built in the 1870s.

Elias Prime was a carriage cleaner for the Great Eastern Railway. In July 1890, then living in Hope Street, he met an unfortunate end while walking back to work after breakfast (Cambridge Chronicle 25 July, Cambridge Independent Press 26 July 1890). He was walking along the railway line between Mill Road level crossing (on the site of the present bridge) and the beginning of the station platform, just as the Wisbech express was due to arrive at 8.46. He stepped in front of the train to cross the line and was killed instantly. He may have been unable to hear the express train because another engine was blowing off steam.

According to the Cambridge Chronicle of 30 December 1887:
‘James Walsh, an elderly man, living in Hooper Street, fell down stairs at his house on Sunday, and as he appeared to be much hurt, he was removed to Addenbrooke’s Hospital, where it was found that he had sustained a severe scalp wound.’

Curiously, until 1884 the Walsh family had lived three doors along at no. 15 – a house of identical size. Even more curiously,  they seem to have become younger, having given their ages as 54 and 46 in the 1881 census! The earlier birth dates tally with the ages 45 and 37 given for the 1871 census, when they lived in West Ham, Essex.

Minnie later married a publican, Richard Quittenton. They ran a pub together in Deptford, London, and had several children.

Arthur Muncey (or Munsey) came from a very large family in Haslingfield, and his father was a shepherd. In the 1880s and 1890s two of his elder brothers had worked as fossil or coprolite diggers.

By 1911, now with four sons, the Muncey family had moved around the corner to 53 Ainsworth Street.

In 1893 the Oakman family suffered a tragedy. According to the Cambridge Chronicle (24 February 1893), their son Frederick, aged 8, was playing with friends on the river bank near River Lane when he fell in and drowned. Two Leys School students, rowing on the river, tried to save him, but the water was too deep.

Ephraim Oakman worked for many years as a gardener for Queens’ College.  He died in 1913, and his funeral at Mill Road Cemetery was conducted by the President of Queens’ (Cambridge Independent Press, 5 December 1913). He was a keen member of the Society of Friends’ Adult School, and several of the School’s teachers came to his funeral.

Elizabeth Oakman stayed at the house until at least 1945, sometimes alone and sometimes with relatives. In 1930 she lived with Harry and Florence Thaxter – her daughter Flossie. In the 1939 register she is described as ‘infirm’, and lived with a carer, Annie Hill.