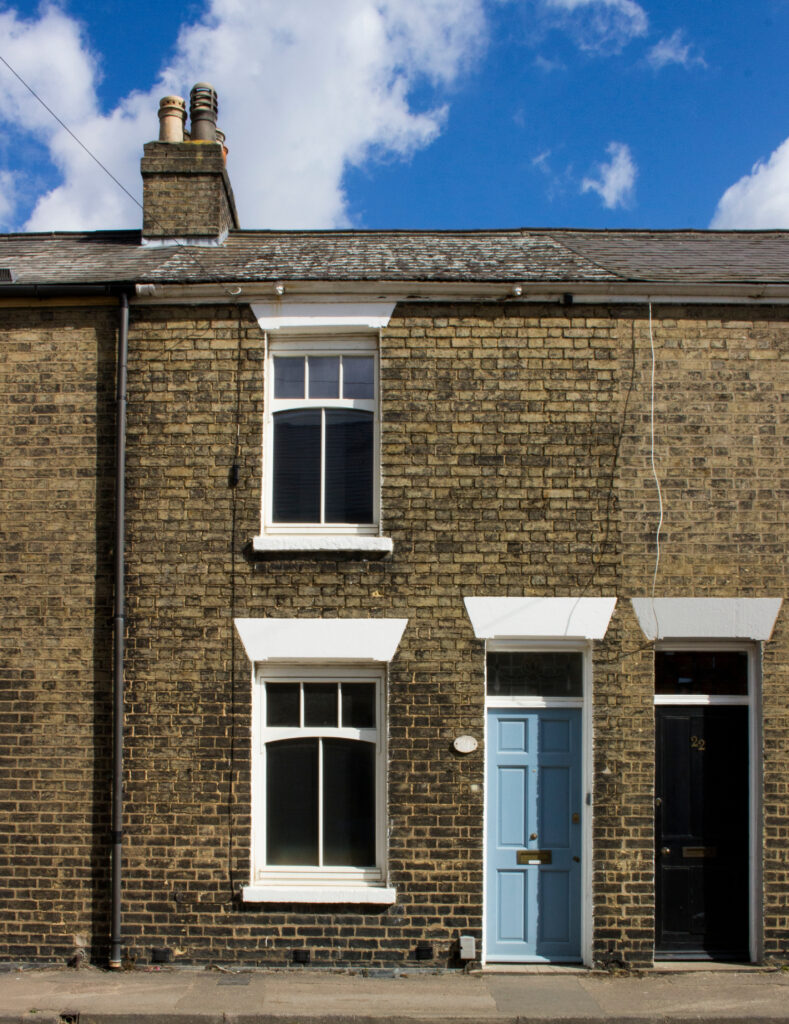 21 Hooper Street is in Leeds Terrace, which was built in the 1870s.

John and Maria Curtis were to have five more children over the next few years, while still living in the Mill Road area.

William Youngman was a coal merchant’s carman for Austin & Co. In 1920 he collapsed and died from a heart attack while walking to work along Devonshire Road (Cambridge Daily News, 15 September 1920). At the inquest, his eldest daughter Ellen reported that he had been very anxious because her mother Phoebe was unwell and was due to have an operation that day. William had been complaining about chest pains for a month but had cancelled a doctor’s appointment.

Phoebe Youngman died the following year.  Ellen was still living at the address in 1930. She died in 1939, and the Cambridge Daily News report of her funeral (14 November 1939) mentions that she worked or volunteered at St Matthew’s Church.

In 1939 the inhabitants were drapery packer William Smee and his wife May, who was still living there in 1966.