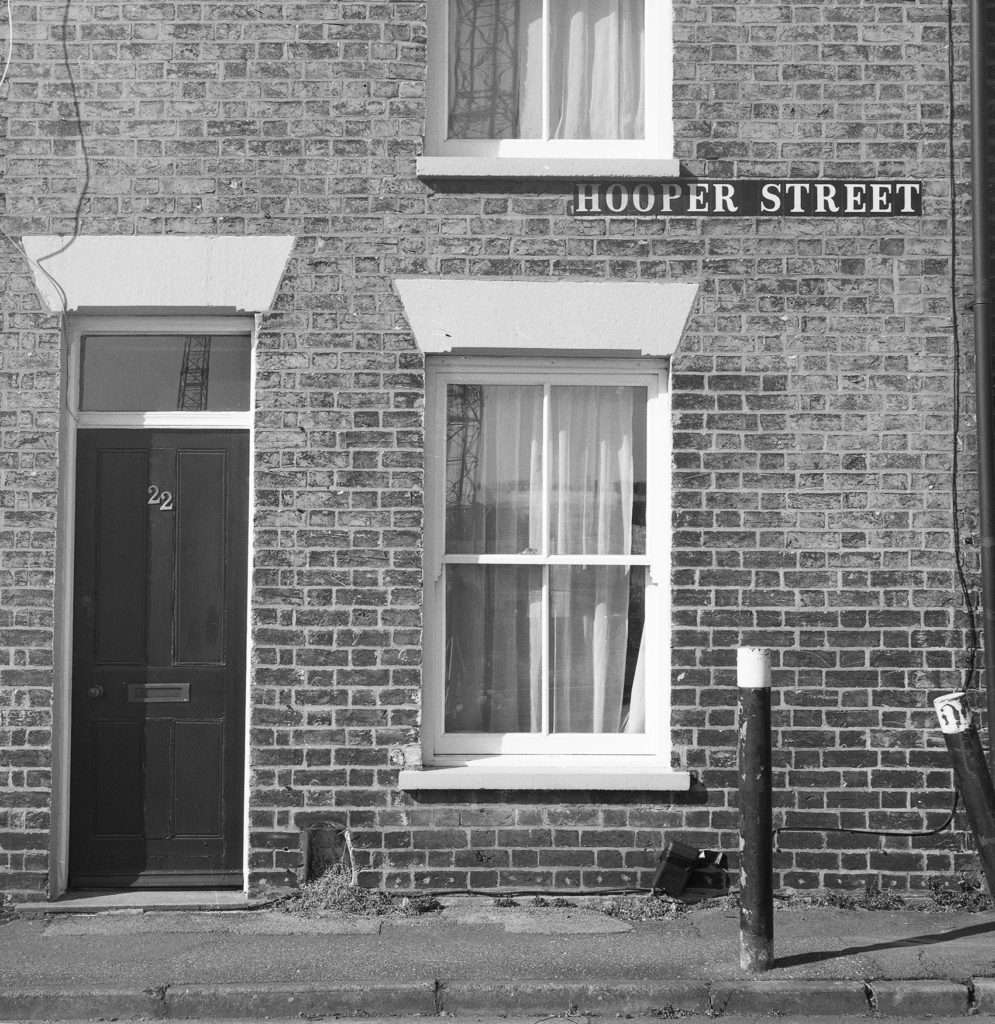 22 Hooper Street is a former shop at the corner of Ainsworth Street, at the end of Leeds Terrace. It was built in the 1870s.

The first residents were Edward and Susan Baker and their nine children. In total they had twelve children; the two eldest had left home by 1881 and one more daughter was born in 1883. Like all the houses in Leeds Terrace, number 22 had just three bedrooms and two living rooms.

The Johnson family later moved to March, where Elisha worked as a level crossing keeper – a job that provided a cottage, ideal for a growing family.

Sarah was born in 1856, the youngest child and only daughter of Samuel, a barber, and his wife Hannah. Her eldest brother Samuel, a joiner, lost his wife to smallpox, and Sarah took on the role of surrogate mother to her young nieces Eleanor and Charlotte. She lived with Samuel’s family for many years and never married.

By 1901 she was running a drapery and dressmaking shop at 22 Hooper Street, with Eleanor as her co-worker. She is listed as ‘Miss Sarah Scarr, draper’ in trade directories.

Her shop was in some respects a continuation of the family business. Her brother Samuel (who died in 1899) had run a joinery and stationery shop in Norwich Street for many years, together with Sarah, Eleanor and Charlotte, all contributing their various skills. The Cambridge Independent Press of 21 March 1885 reported that a group of teenage boys stole writing paper, notebooks and pencils from Samuel’s shop, having ostensibly entered the shop to buy peg tops, i.e. wooden spinning tops.

The large window at 22 Hooper Street facing Ainsworth Street may have been installed for Sarah’s shop. The house was built as a dwelling house in the 1870s by Thomas Holder, who lived along the street at no. 14. After his widow’s death in 1900 the entire terrace was sold. Land Registry documents from 1910 indicate that the freehold was bought up by Mrs E. Smith and Miss Sarah Scarr. Mrs E. Smith was Sarah’s niece Eleanor, who in 1906 married Sidney James Smith, son of Abram Smith who founded the bakery at 80 Kingston Street, another corner shop with dual-aspect windows. 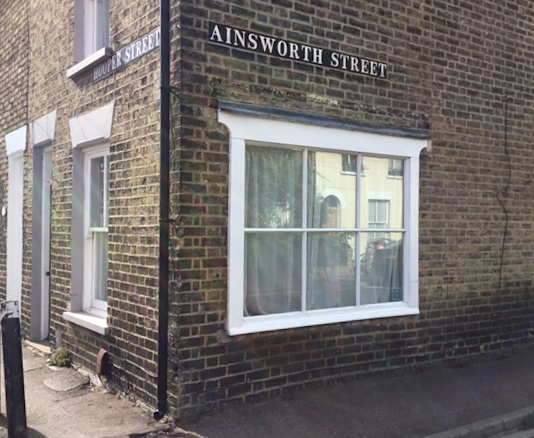 Sarah died in 1926 and was buried in Mill Road Cemetery.

In 1939 the residents were Florence Wright (widow, retired) and Elsie Wright (married, housewife), along with a child. With currently available records, it is not clear how they were related (mother/daughter-in-law?), or whether there is a connection to John Wright who lived at the coal wharf opposite.