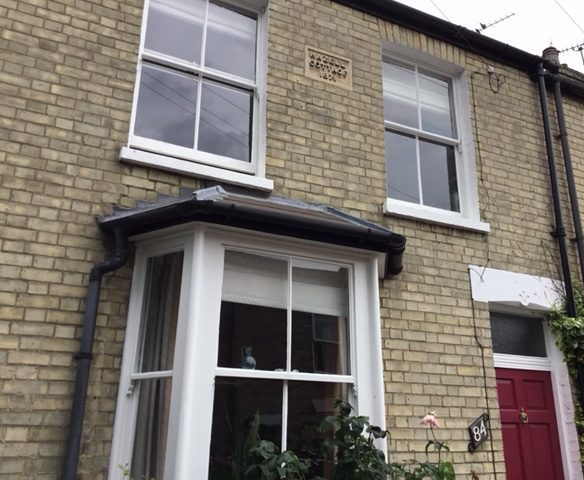 Number 84, Hazell Cottage, is one of four mid terrace houses on the east side of Ainsworth Street.

The sole occupant is a woman called Lydia Southgate, a 73 year old widow, described as a retired grocer. Her place of birth is a village called Mepal, Isle of Ely, between Chatteris and Ely. Lydia must have been very well off as she lives in the house on her own, with no lodgers or borders or family members. This is a striking contrast to neighbouring houses, many with 5 or 6 family members plus boarders/lodgers paying to stay which means that some houses on the street had 7 or 8 in one house including children, even 9 in one or two house.

Emerson and Gertrude are 4 years married and have one child.