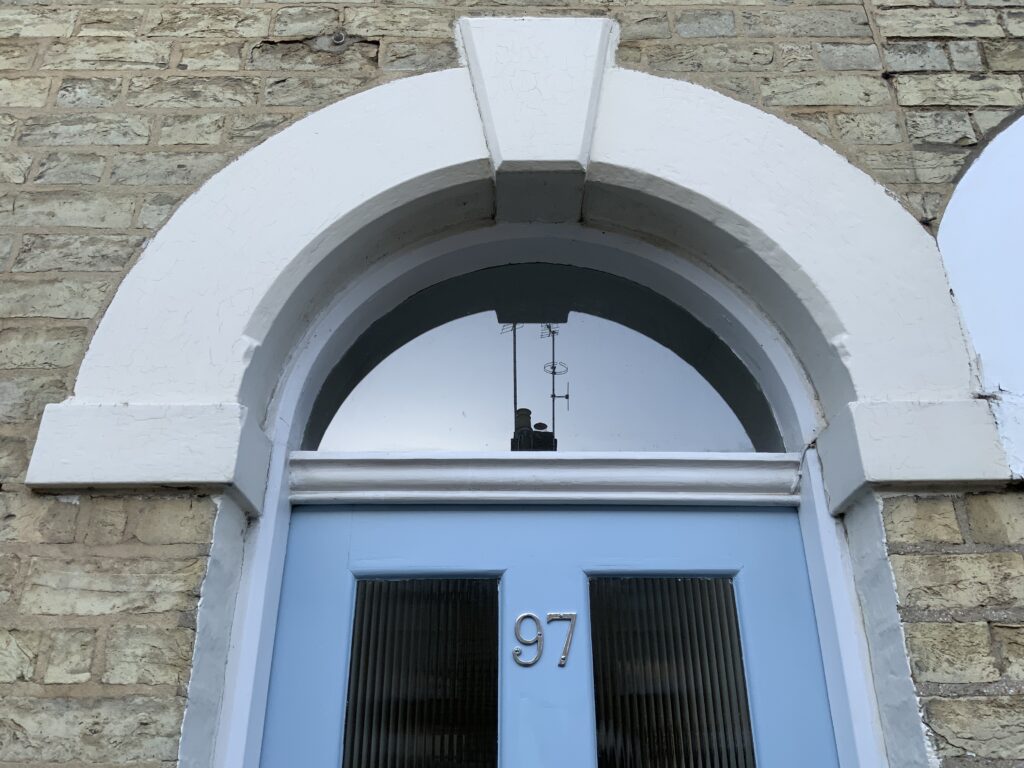 Number 97 is one of a terrace of three properties on the west side of Ainsworth Street.

In 1881, the White family are resident at 97 Ainsworth Street. George White, aged 61, a Baker, lives here with his wife Ann, aged 69, from Milton, and his son’s small family. His son William, who is 29 and working as a stonemason, is married to Susan, aged 26, who is from Foxton, a small village between Cambridge and Royston on what was the main road between Cambridge and London, and is now the A10. The couple had recently had a child, Elizabeth White, who is not yet 1 year old.

By 1891, Ann White has passed away, and George White, now aged 72 has retired from Baking, still living in number 97 with his son’s growing family. William, now 39, is still working as a stonemason. Elizabeth is now 10, attending school with her eldest brother, William, aged 9, and her Sister, Emily, aged 6. The youngest, Sidney, was aged 2, and too young to go to school.

In 1901, 97 Ainsworth Street is still home to the White family. It seems George White has likely passed away, and the house is now inhabited by the still growing family of his son William. William is now 49, still working as a stonemason, and Susan is now 46, still not in work. Their eldest daughter, Elizabeth, now 20, is no longer in school, working as a dressmaker. The eldest son, now 19, is working as a Waiter for the Great Eastern Railway, who ran the majority of the services through Cambridge, although very few of those contained dining cars in 1901. The services he worked on was likely the services between London Liverpool Street and Hunstanton or York, and as these trains, particularly to York, were not very frequent, so this is a fairly rare role to play on the railway in this area of the country. Emily, who is now 16, has also left school and is now also working as a dressmakers, and Sidney, now aged 12, has become a farm labourer. They have also had another child, Cyril, who is eight, but not in school.

By 1911, the White family have moved out, and the Swann family have moved in. Frank Swann is an ‘Acting Railway Driver’ so presumably he used to work as a fireman/stoker, and with a shortage of drivers it is harder to train new drivers than it is to train stokers, so Frank Swann may have got this role due to experience on the footplate of locomotives. He was born in Cambridge, and in 1901 is 39 years old. Living with him is his wife, Kate, who is 37, his step-daughter, Minnie Wisher, who is working as a dressmaker, and his three children. Eleanor Swann is 13, and does not work or go to school, Violet is 8 years old and is in school, and their son Stanley is 2 years old so would be too young to go to school.