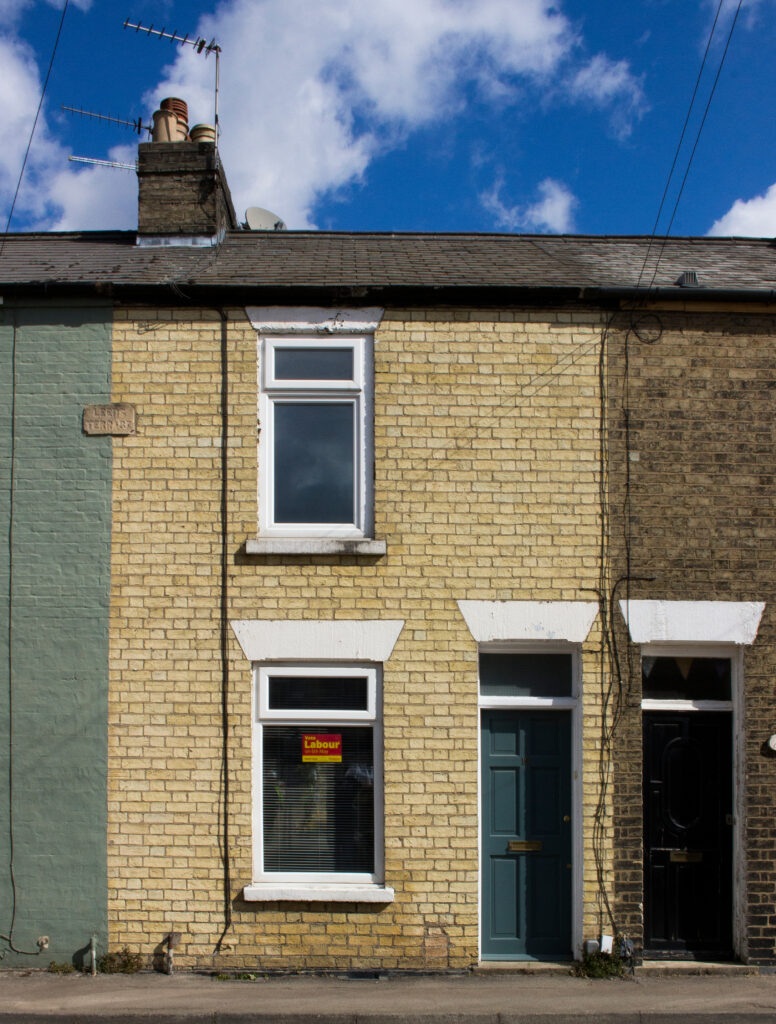 A mangler, a leather dresser and a boot maker

18 Hooper Street is in Leeds Terrace, which was built in the 1870s.

Ursula Richardson came from Feltwell, Norfolk, where her father Walter was a tailor. She had come to Cambridge in her teens to work as a servant, and in 1877 she married George Bareford, a railway employee. George died in 1880, leaving her with three small children.

Ten years later John Clark was living at no. 16 with his wife and family.

William and Cecil Smith were born in Hemingford Grey in the 1870s and were orphaned at a young age, spending their childhood with their grandparents and a succession of aunts and uncles. Their aunt Hephzibah had spent her working life in service, but had become housekeeper to her nephews by 1901.

By 1911 Cecil had married and was raising a family nearby in Devonshire Road. William remained a bachelor until Hephzibah died in 1922, at which point he immediately married Mabel Merry, a local woman who worked in service. William was 50 and Mabel was 35. Mabel outlived William by some years, and was still living at 19 Hooper Street in 1970.