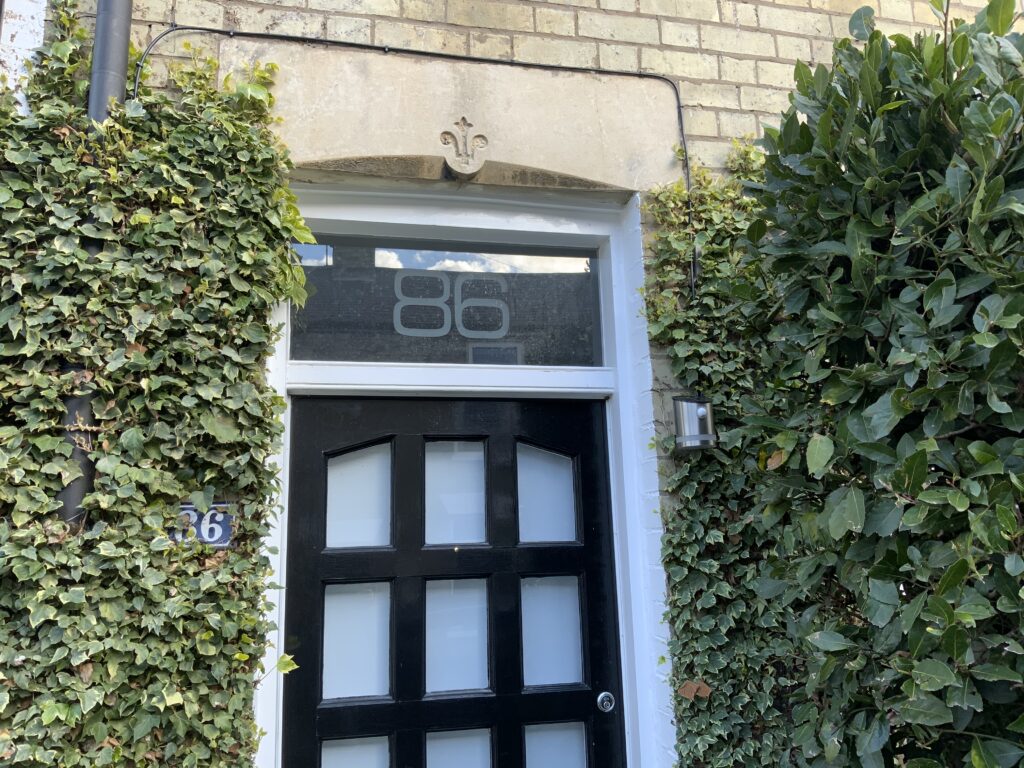 Number 86 is one of four mid terrace houses on the east side of Ainsworth Street.

Mary Carpenter, a Widow, is Head of the Household.  She is described as a 50 year old dressmaker from Cambridge.  Three male lodgers are listed living in the house, including one widower, aged 58, called Shadrach Benstead, who was a Bootmaker.

The other two lodgers were Walter Powell, single, a 27 year old Bricklayers Labourer, and James Leech, single, a 52 year old married man, described on the census as a Commission Agent.

William John  and Alice Tiplady have moved here from number 46.  William is a bootmaker working from home

The 1911 Census records that William and Alice have been married for 24 years.  They had one child who died.

The Electoral Registers show that Alice remained at the property until 1929.