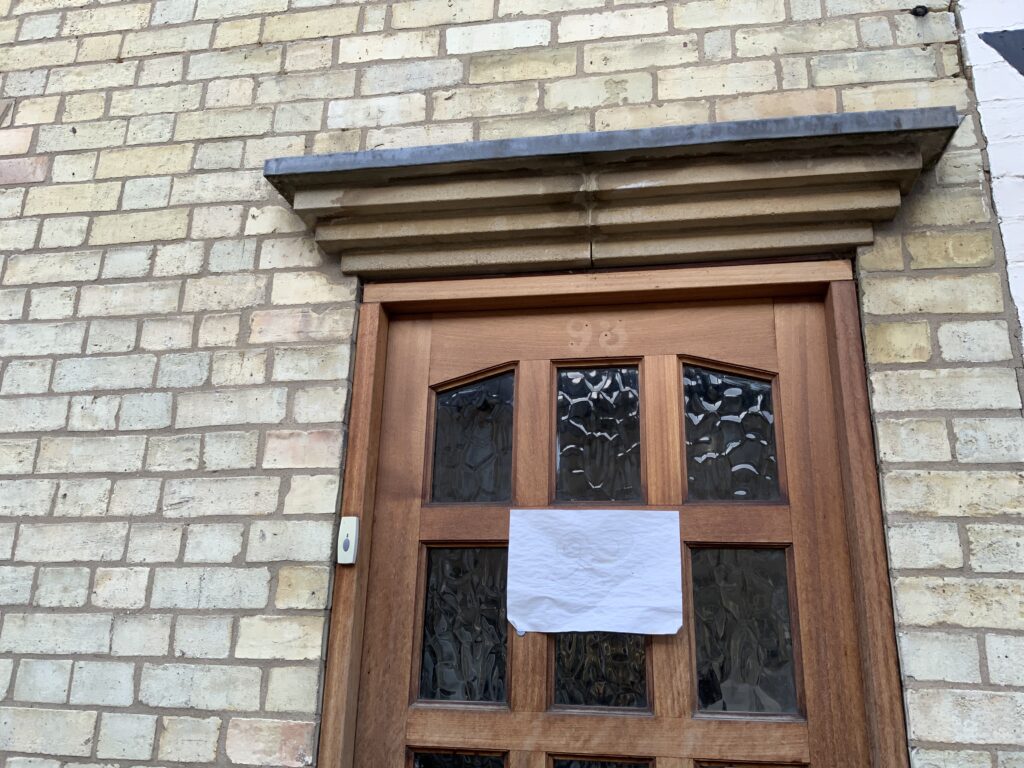 This rental house had a succession of railway workers, a laundress, and somebody independently wealthy not having to work!

Number 93 is an end of terrace property on the west side of Ainsworth Street.

In 1881, 93 Ainsworth Street is occupied by the Moore family. Frederick Moore is a 33 year old from Colne Engaine, Essex, working as Railway Guard on the Great Eastern Railway, which ran the majority of train services in and out of Cambridge Station around that time period. His wife Susan, aged 40, is from Horseheath, and their 9 year old son Benjamin is currently in education.

In 1891 the Head of the Household is a widow, Maria Selby, aged 64, whose occupation is listed as laundress.   Also living in the house was her son, Walter Selby, aged 31, a Basket Maker.  Interestingly, there is a paying lodger in the house called Eliza Lister, aged 27, who also has the occupation of Laundress, so is likely to be working alongside the Head of the Household, Maria Selby. For 1891 we can therefore see that this household at number 93 is very connected to the laundry business which has been built next door as an extension of number 91 with a laundry business run by their neighbour, Annie Osborne.  Also, there may be a family connection too, because on the census it says that Annie Osborne and her eldest daughter were both born in Trumpington Cambridge as was their neighbour Maria Selby also listed as born in Trumpington Cambridge, so it may have been planned that they run the laundry business together on Ainsworth Street, having known one another previously in Trumpington.

In 1901, only two people are resident at this address. We have Mr Walter Seeby, a 41 year old, listed on the census as ‘independent’, alongside ‘means’ which suggests he is living off his own wealth, and thus can afford to hire 14 year old Mabel Hardy as a domestic servant.

In 1911, the house is occupied by Mr and Mrs Billing. Mr Billing is a 42 year old from Buckingham, working as a Railway Engine Driver . This meant he would have controlled the locomotive’s acceleration and braking, along with keeping the engine running. He would have worked alongside a fireman or stoker, whose job it was to stoke the fire with coal. His wife Isabella, who is 44, hails from Sudbury in Suffolk.