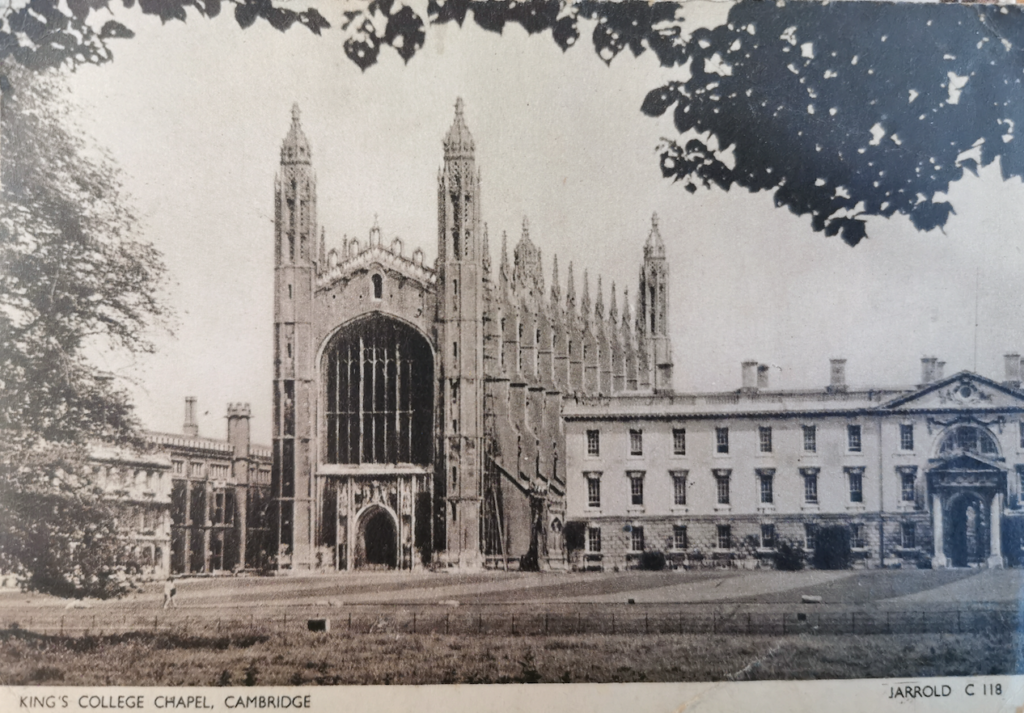 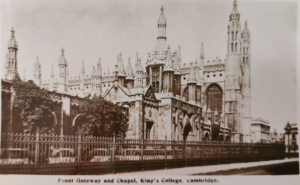 General Information about King’s College can be found on Wikipedia.

A particular attraction of the college is the Xu Zhimo Memorial.

In front of the main entrance to the college, on a pillar at the end of a low wall, is the inscription:

In memory of Septimus Phillpotts who was a a Fellow of King’s College for 65 years, this low wall replaces the [former] iron railings.

Nancy Gregory in Cambridge Inscriptions Explained (2006) provides interesting background information about Septimus. he was a teacher at Bedford School for most of his life but had also been one of the last to be guaranteed a college fellowship under the original Founder’s statutes.

E M Keynes in A House By The River (p186f) describes how King’s College hosted Belgian scholars during WWI. The Belgian University Committee was headed by Mrs Verrall, widow of professor Verrall, and Mrs Tilley, wife of A A Tilley, a Fellow of King’s since 1876. they were given a room in Gibbs Building for their office.

The Kennedy Building was constructed by Rattee and Kett circa 1927. 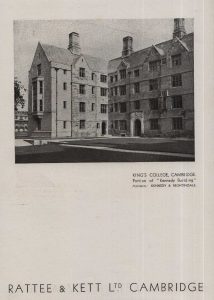 Rattee and Kett restored the masonry of King’s College Chapel circa 1980. 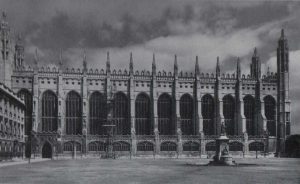 For detailed information about the history of the college follow this link: 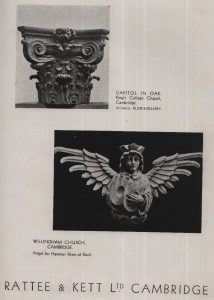 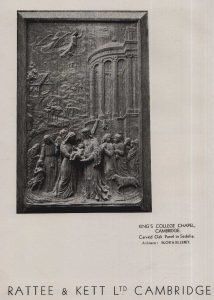 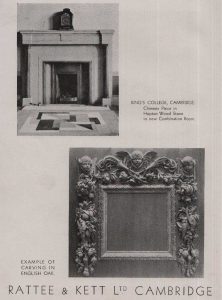 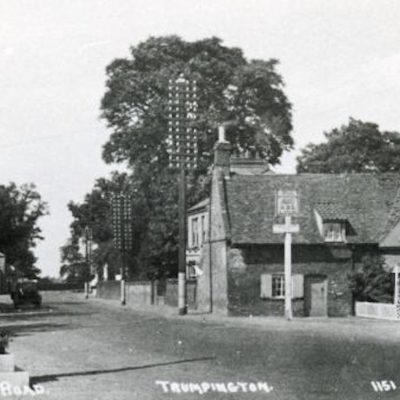